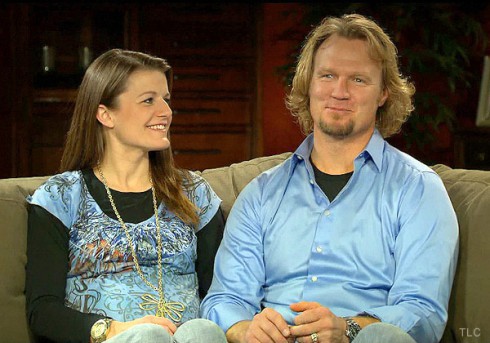 On January 10th, Kody Brown and 4th wife Robyn welcomed a baby girl. Everyone was anxiously awaiting the baby’s name, but the couple admitted were having trouble deciding on the perfect one.

“Right now we haven’t decided on a name. We have been searching for the right one for months, but nothing has felt right. We are just getting to know her now and waiting until she whispers it in our ear,” Robyn explained.

It looks like Kody and Robyn received the whisper they were hoping for…because baby #18 finally has a name: Ariella Mae. 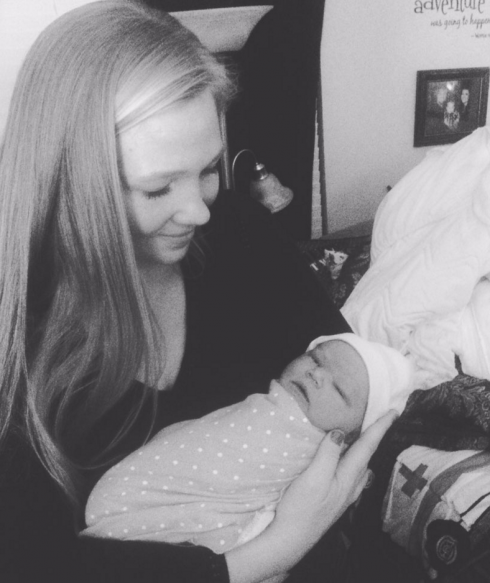 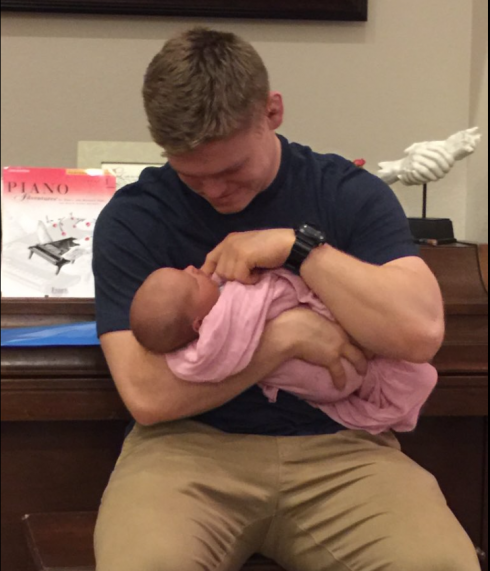 ^^^Ariella with her big sis Aspyn and big bro Hunter

Ariella is Robyn’s fifth child, but her second with Kody. As for Kody, Ariella is his 18th child.

In typical Brown fashion, Robyn gave birth to Ariella at home. Not long after she was born, the family taped a message to their fans in order to document the momentous occasion. All four wives, Kody, and Ariella appeared together in the video. Meri, Jenelle, and Christine take turns doting on the new baby, but the video appears rehearsed and scripted. Kody begins by sharing the details of Ariella’s birth followed by Meri saying, “We’re so glad she’s here. We can’t get enough of her.” Jenelle chimes in, “She’s so sweet. We’re having so much fun with her.” Then Christine adds, “Everyone absolutely loves having a new little Brownie to hold.” Robyn jokes that people are lining up to hold Ariella while Jenelle and Christine stare awkwardly into the camera and smile. You can check out the video by clicking here. By all accounts, the Browns seems to be keeping up the appearance of a happy and cohesive family unit despite Meri’s emotional affair. In case you’re having a hard time keeping everyone in the family straight, feel free to check out our Brown Family Tree cheat sheet. 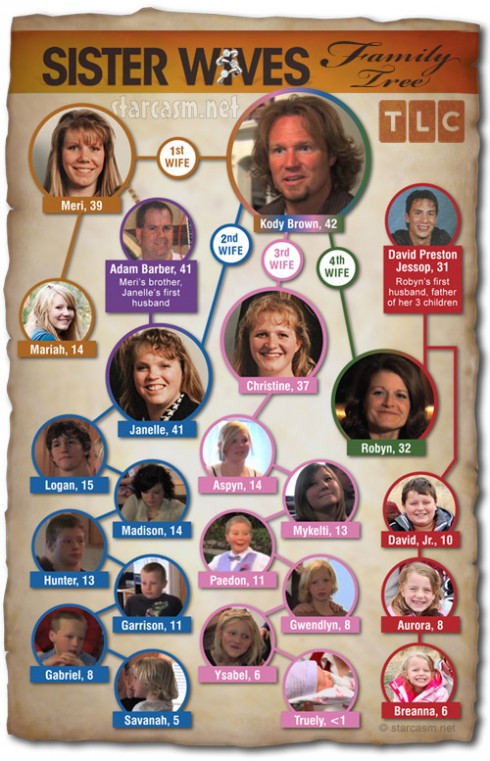