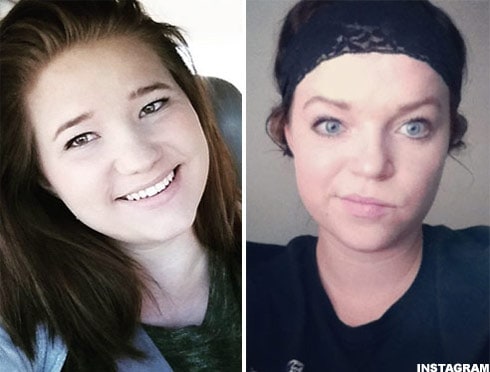 Another daughter of the Brown family from Sister Wives has been denied inclusion by The Church of Jesus Christ of Latter-day Saints.

The Browns have made it their mission to challenge the public’s perception of the practice of polygamy. During this journey, one of the many issues they’ve been outspoken about is the LDS’ refusal of allowing their children to join the main stream Mormon church, even if they choose not to participate in plural marriage.

In a good read via Patheos, a brief summary of the interconnected history of the Mormon church and polygamy is given:

The continued pressure from the feds fractured Mormon leadership, who continued to practice polygamy up through the 1890 Manifesto. Polygamous families were still welcomed in the community, and new plural marriages continued in secret. Yet, the federal government would not let up on the Mormons, putting then prophet Joseph F. Smith in a difficult position. He could either abandon the defining practice of the religion founded by his father and uncle, preserving it for the new century, or hold fast to the doctrine, putting Mormonism in danger of legal obliteration under a strictly anti-polygamy government.

Whether by revelation or personal and political wisdom, Smith went with the former, and in 1904 the LDS Church promised full compliance with the Second Manifesto, a prophetic declaration that ended polygamy for good. As a means of enforcing this manifesto, the Church began excommunicating members who continued the practice, leading to the break off of groups like the AUB and FLDS.

In October of 2015, Maddie Brown shared her heartbreak over being rejected by the LDS:

From the first season, Maddie has insisted that she has no interest in living a polygamous lifestyle. When she attempted to join the LDS she was told that she would have to publicly renounce her own family and she refused.

The First Presidency as defined by the LDS official website:

UNDER THE DIRECTION OF JESUS CHRIST, the Church is led by 15 apostles, who are also regarded as prophets, seers, and revelators. The man who has been an apostle the longest is the President of the Church, and by inspiration he selects two other apostles as counselors. These three function as the First Presidency, which is the highest governing body of the Church. (For information on the other 12 apostles, see Quorum of the Twelve Apostles, which is the second-highest governing body of the Church.)

Mykelti Brown and her engagement to Tony Padron has been a major story line for the most recent season of the show. Tony converted to Mormonism as a teenager. As part of her devotion to her intended, Mykelti decided to officially become a member of the LDS. She, like her older sister, was denied.

Meri Brown expressed her disappointment via Twitter when it was revealed on the show that Mykelti couldn’t join:

I wish the LDS church would allow Mykelti to join them. They are a good church & she would benefit from all they have to offer #SisterWives

A number of folks chimed in showing support for Mykelti and disbelief over The Church of Jesus Christ of Latter-day Saints‘ decision:

If she marries him and he's a member, she should be welcomed as his spouse. A good church doesn't reject people.

No Christian denomination should kick out or exclude followers of Jesus.

this broke my heart especially when your family is so open to the kids deciding their own path. I wish LDS would rethink it!

Back when news of Maddie’s rejection aired, her dad stated that he found the choice to be a political one. “My LDS friends are shocked about the rejection of @MaddieR_Brown request for baptism and membership. Sad politics, ” Kody Brown tweeted.