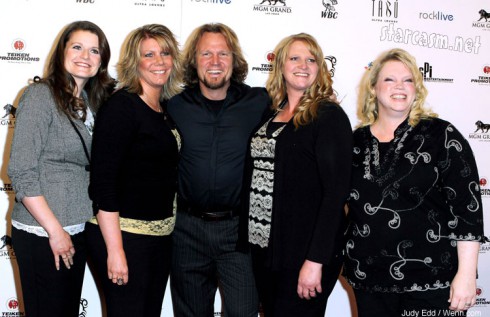 Although all Utah criminal bigamy charges have been dropped for the Sister Wives‘ Brown Family, it still is a third-degree felony in the state to just say you have more than one wife (as in, not filing the legal documents, but having “spiritual” marriages like the Browns have.) Because of that, the Browns are fighting back, and have filed a lawsuit against Utah in an attempt to get a “federal judge to overturn the state’s bigamy law as unconstitutional.”

Currently the state maintains that it does not pursue criminal cases in situations were no other law has been committed.

At a hearing this past Wednesday Assistant Attorney General Jerrold Jensen argued to throw out the Brown’s new case because “The plaintiffs here are not going to be prosecuted therefore the case is moot.”

The Browns’ attorney constitutional law professor Jonathan Turley responded that even though their case was dropped, the Browns are still victimized by the stigma of technically being labeled felons. He also argued that the state and county’s policy of not pursuing polygamists who aren’t breaking out laws “does not guarantee that the Browns or anyone else won’t be prosecuted,” and is “clearly an effort to evade a ruling in this case.”

There are about 30,000 practicing polygamists in Utah, and the Browns are not seeking to ask multiple marriage licenses to be issued to someone who is already married. They are simply asking that it not be a felony for people to live, claim, and act like they have multiples spouses.

What do you think? Should this case proceed? Should “spiritual” polygamy stop being a felony in Utah?