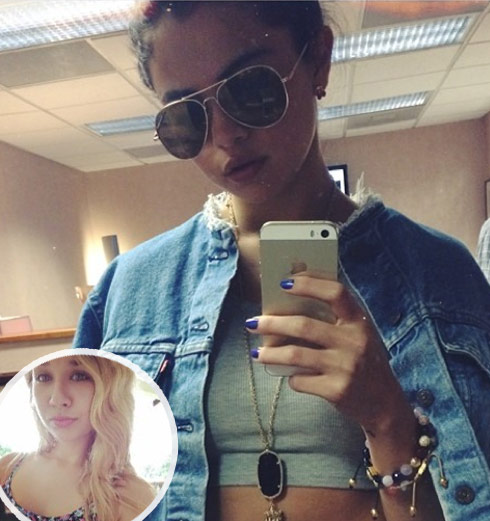 Selena Gomez has responded to a bully who made some sort of comment about cancer directed at her via Instagram.

The user, whose comment and account has since been deleted, went by the name of Kerry Snow Angel – her handle was official.kerry. Selena replied to what apparently was an ugly remark by leaving a comment on one of the user’s own photos. Knowing that this would result in a pretty quick deletion of the account, Gomez capped her comment and then shared this as a new image via her own account.

Here was what Selena had to say to Kerry Snow Angel: 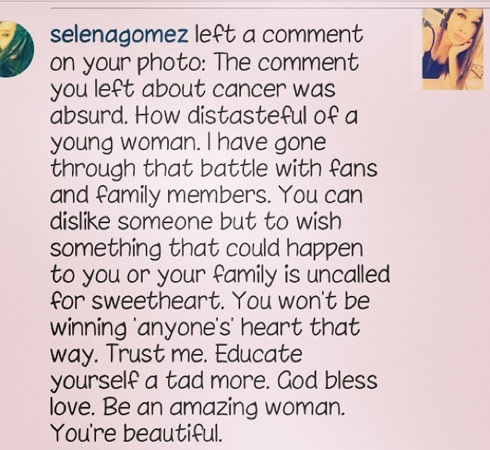 Selena wrote along with the image, “Honestly, I don’t speak up much because it’s simply *always* taken out of context. But I don’t take bullying well. I have seen too much to not say anything.”

A quick search of the user’s name reveals a number of requests to have the account removed.

Here’s a view of what that account looked like before being deleted – including racist, bloody and otherwise insensitive images: 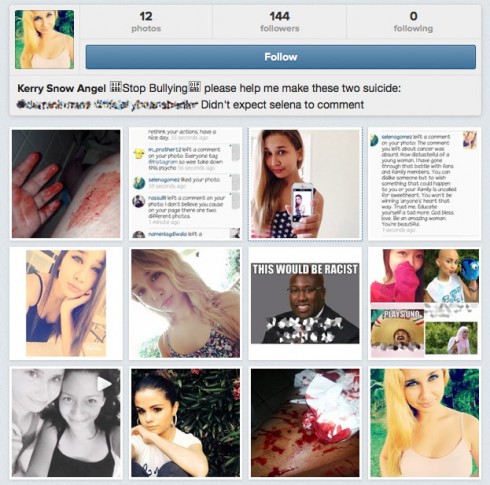 Selena’s actions bring up an interesting question. Do you think this kind of response from someone as popular on social media as Selena Gomez encourages or discourages this type of trolling?