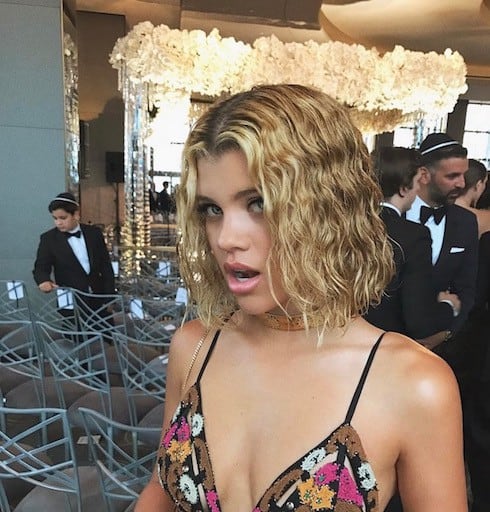 Scott Disick and Sofia Richie have made their long-rumored relationship official, going public with a PDA-filled (and curiously well-documented) day together in Miami Beach. The 34-year-old Disick, who one month ago was under involuntary psychiatric care and who is reportedly battling liver disease, appears to have brought this summer’s Sexual Revenge Tour against estranged partner Kourtney Kardashian–involving at least two other 19-year-olds, one 18-year-old, and a 20-year-old (plus withered crones)–to an unexpected end.

The pair arrived for a “couples vacay” and spent yesterday mixing things up by kissing and holding hands both on the beach outside their hotel and at a variety of posh boutiques, plus a salad lunch. (TMZ has a few of the many photos, if you want to know what Scott Disick and Sofia Richie kissing looks like.) The event–such as it is–comes just days after reports that Scott Disick and Sofia Richie have become “inseparable” and that Scott is “trying to get better” for Sofia sent eyeballs rolling worldwide. 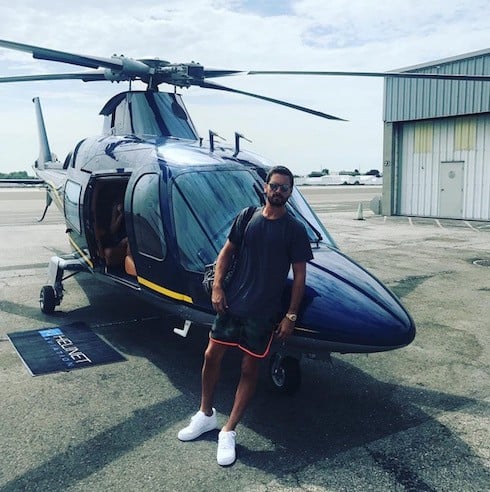 In particular, Disick, whose affinity for tiny helicopters makes him come across like a tiny James Bond, was called out for what seemed like a suspiciously well-placed paparazzo following he and Sofia around all day. (Note that it’s unusual for a single celebrity photographer to keep shooting his subject once the person or people in question switch locales–this definitely did not happen in Miami.)fgf Dlisted called the couple out for obvious use of “a paparazzo they totally didn’t call themselves,” The Sun coyly noted that the two used the day for “alone time together,” and Metro simply saying that Scott Disick and Sofia Richie used the scene to go public with their relationship, which was of course the whole point.

However, it was a rare moment of poor media coordination for Disick, as the pics were published at the same time that Kardashian home network E! released a clip from the KUWTK 10-year special in which Scott claims he “still tries to f*ck Kourtney at least once a week.” In the clip, Scott also says that Kourtney is the only woman he’s ever loved, which is not the best look when you’re also thousands of miles away from your family reaching into the panties of someone still too young to go to the liquor store for you.

Why is Kendra Wilkinson on the 2010 December cover of Playboy?