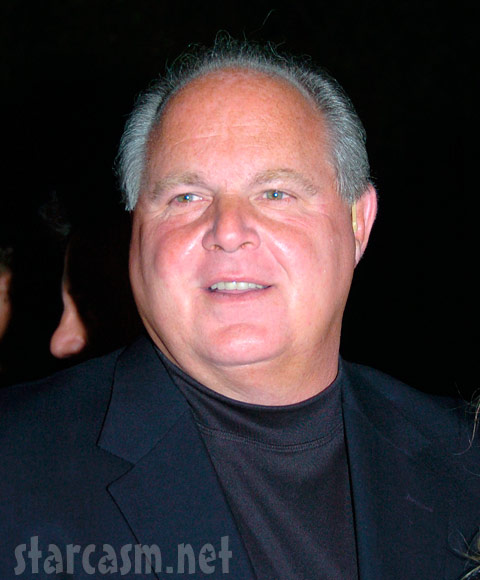 UPDATE – From RushLimbaugh.com: “ALERT: Rush was admitted to a Honolulu hospital today and is resting comfortably after suffering chest pains. Rush appreciates your prayers and well wishes. He will keep you updated via RushLimbaugh.com and on Thursday’s radio program.” No word yet if he actually did suffer a heart attack.

KITV out of Hawaii is reporting that conservative radio talk show host Rush Limbaugh, 58, has been hospitalized in Honolulu after experiencing chest pains in his Kahala hotel room Wednesday afternoon.

The site’s sources say “Limbaugh was sitting in a chair in his ninth-floor hotel room at the Kahala when emergency crews arrived.” The sources also said Limbaugh told the paramedics he was currently taking medication for back pain.

Limbaugh received medical treatment on the scene and was then transported to Queen’s Medical Center where he is currently listed in serious condition. Sources tell KITV he will not be released Wednesday night.

Here is video from another Hawaii television station, KFVE “Hawaii News Now:”
(Give it a moment, their player takes a while to load.)

Limbaugh was visiting the Hawaiian islands at the same time as President Barack Obama and Speaker of the House Nanci Pelosi and was seen golfing earlier this week at Waialae Country Club.