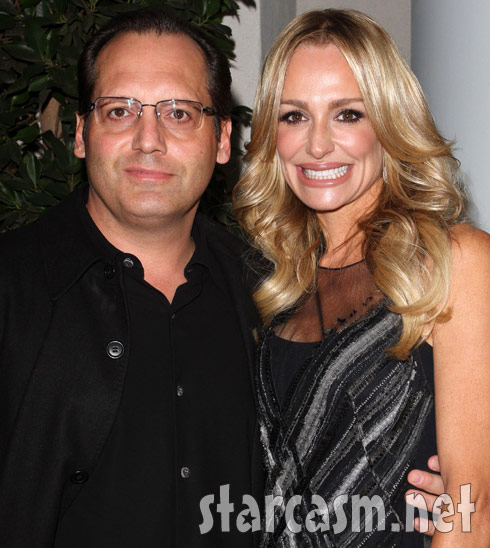 Beverly Hills Housewife Taylor Armstrong is an enigma wrapped in a conundrum.  We did our own version of some investigative journalism in an attempt to find out some background information on Taylor and while most paths were dead ends we came across two posts (background 1 – background 2) worth of questionable dealings and history for her husband Russell.  In addition we discovered that Taylor has lived under a number of aliases including Shana Hughes, Shana Taylor, Taylor Ford and Taylor Ford-Armstrong.

Russell’s troubles revolved around some allegations of fraud, negligent misrepresentation, breach of fiduciary duty and more but in reality these two are a virtual mystery couple.  Well they were a mystery couple because the Armstongs have secretly split according to a report in Us Magazine.

The source for Us claims that the fallout is all about finances which would fall in line with what little we were able to unearth in regards to the two.  This also follows the couple’s frequently bickering plot line from season 1 of RHOBH.  The source also claims that Taylor is taking it hard and is showing physical signs of the emotional toll in the form of weight loss.

Perhaps the split also involves the public nature of the show and what is obviously a very enigmatic and private man with a shaded history.  Obviously Taylor is still in as far as being a reality TV personality and it could very well be that Russell wants to get back to operating very much behind the scenes.

As viewers of the show know the two have an adorable daughter together, Kennedy (5).

UPDATE: Taylor Armstrong’s rep denied a split to People Magazine, but People has their own source stating that while they aren’t divorcing,  they are dealing with some personal “issues.”

“Yes, their relationship is not without trouble. But they’re still together. They’ve gone through therapy and they have issues within their marriage that they’re actively working on, but they’re both really committed to making their marriage work.”