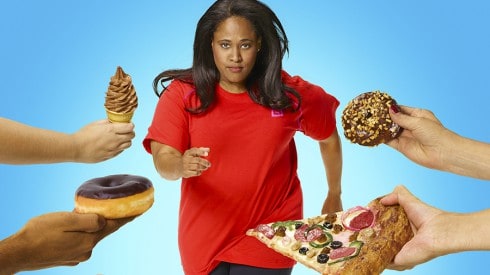 There will be no Season 18 of NBC’s popular weight loss show The Biggest Loser, information from a lawsuit reveals. The Biggest Loser has been swimming in controversy for a while now, with contestants speaking out with allegations about weight loss drugs, dehydration, starving, and other dangerous tricks just to get jaw-dropping and ratings-rising results.

NBC has not announced the show’s cancellation, but the DailyMail obtained details from a lawsuit the show’s resident doctor, Dr. Robert Huizenga, filed against The New York Post and a former contestant, Joelle Gwynn for implicating him alleged “corrupt” practices of reportedly supplying contestants with drugs like Adderall and supplements containing banned substance Ephedra.

“Ms. Gwynn’s outrageous accusations, which resulted in the cancellation of The Biggest Loser and Dr. Huizenga losing two other opportunities on television, are particularly egregious given Dr. Huizenga’s strict life-long anti-drug beliefs and strict anti-drug policy on The Biggest Loser, where he did not even permit contestants to take legal, over-the-counter caffeine pills or drink more than one cup of coffee, much less illegal drugs,” the motion reads.

“Bob Harper was my trainer,” Joelle Gwynn told The New York Post about her time on the show. “He goes away and his assistant comes in. He’s got this brown paper bag that’s bundled up. He says, ‘Take this drug, it’ll really help you.’ It was yellow and black. I was like, ‘What the f- -k is this?’ ” She says she took the pill once, but it made her feel “jittery and hyper.”

“I went and told the sports medicine guy. The next day, Dr. H gave us some lame explanation of why they got added to our regimen and that it was up to us to take them,” she said.

Gwynn also claimed that Bob Harper asked her to lie about how many calories she was consuming, to say she was eating the recommended 1,500 calories a day, but to instead eat 800 or as little as she could.

Dr. Huizenga denied all drug allegations at the time, and still denies them saying he is “a world-renowned health expert and esteemed sports doctor who advocates for safe and effective weight loss methods.”

Gwynn stands by what she revealed in the New York Post article, however. Her lawyers filed a motion asking the suit be tossed and for attorney fees.