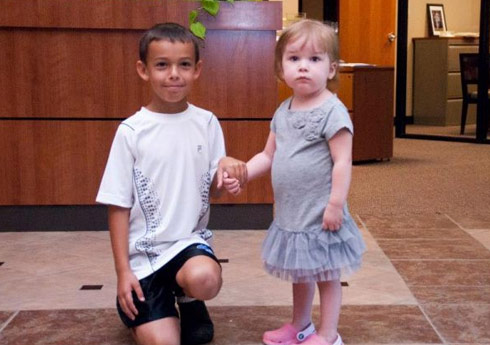 As a parent I know that nothing makes me more proud than when I see my little one display a random act of kindness. It reminds me of the better person I can be and the following story of 8-year-old Wyatt Erber does the same.

Wyatt entered into a local scavenger hunt sponsored by First Clover Leaf Bank in Edwardsville, MO. The grand prize for the winner was to be $1,000. Now as a young boy I would have bought every Nintendo game ever made with that type of cash but Erber always had different intentions. 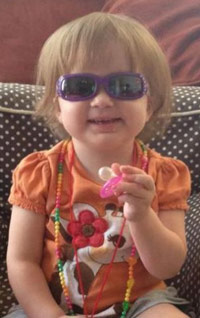 A few weeks ago when Wyatt did win he dialed up his neighbor Trisha Kielty. When she answered the phone Wyatt asked, “How much chemo will $1,000 buy Cara?” You see, Trisha’s 2-year-old daughter had been diagnosed with acute lymphoblastic leukemia.

Trisha and her husband Jim took little Cara to a doctor at 22-months-old for what they assumed was an ear infection. When antibiotics failed they sought out St. Louis Children’s Hospital and the frightening diagnosis came in May. The disease has a %90 cure rate and so far young Cara is handling chemotherapy well.

Trisha recalled Wyatt’s generosity, “I’m completely floored by him. To step up and donate his winnings … is crazy.”

As for Wyatt? He’s just a 3rd grader who wanted to help. He said, “I wanted to give it to them. I didn’t know what to do with it.” His story has spread across sites like ours and people are responding to the sincerity of Wyatt’s wishes for his winnings. On Tuesday a man from Canada mailed a letter to Wyatt’s home that read:

Attached was a $100 bill. Mom came outside to find Wyatt getting his Hoola Hoop on. He stopped long enough to present the money to Trisha. She replied in kind with a big old happy momma kiss on his cheek. He shrugged that off with a, “Yuck!,” wiped off the kissy with the empty envelope and returned back to his hoop.

I can only imagine how proud Wyatt’s parents are of him.

This song goes out to Wyatt, Cara and good neighbors everywhere.

Starting next week, you can buy Girl Scout cookies online