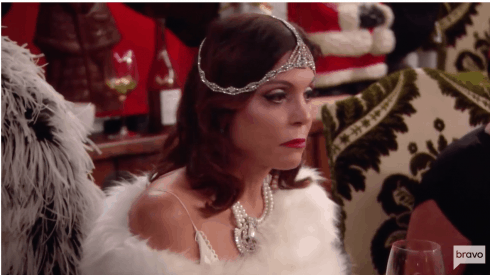 The bickering on tonight’s episode of Real Housewives of New York is enlivened a bit by some pretty sick 1920s’ costumes. The preview clip below focuses on a tussle between Bethenny Frankel and Carole Radziwill, who are both wearing ornate headpieces. Bethenny rounds her out with a fluffy stole and long white gloves, while Carole dons a long, brunette wig. The argument is over whether or not Bethenny called Adam Kenworthy, Carole’s boyfriend.

“You never told me that you had engaged Adam to go to Houston with you,” Carole says as LuAnn and Sonja, both draped in pearls silently look on and sip wine.

Carole used the word “engaged” because Bethenny specifically said she never called or emailed Adam. “What did you do, smoke signals?” Carole sarcastically asks at the beginning of the clip. 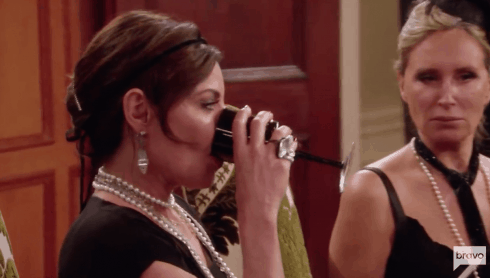 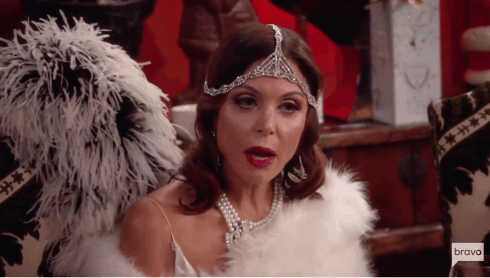 Meanwhile, Dorinda, who’s wearing a beaded headpiece with black feathers, is not amused. 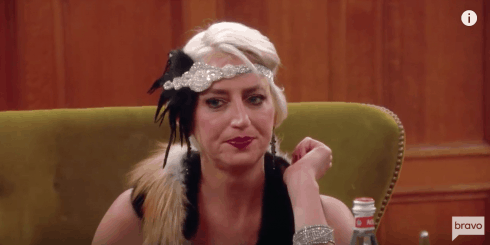 Carole Radziwill has since broken up with Adam Kenworthy, a photographer, but she’s reportedly still close to him. She has not, however, given up her bad blood with Bethenny. She recently blogged:

Unlike Bethenny, I don’t need to be biting and self-righteous in order to make myself feel better, smarter, or more successful. I hardly recognize the woman on television shaming women simply for having different opinions and interests. Since when is it ever okay to insult a woman’s accomplishments? Her career? Especially in 2018 when women have finally found the courage to speak their truth?