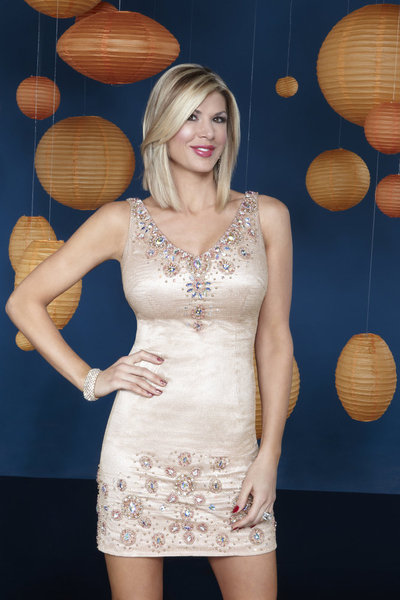 Alexis Bellino shocked fans everywhere when she announced that she was leaving The Real Housewives of Orange County after a dramatic season 7. However, weeks later, it was revealed that Alexis would be returning to the show. So, what was is it that changed her mind?

Alexis has been throwing around the “bully” term ever since the cast went to Costa Rica, and some fans don’t like it. Whether you agree or disagree with Alexis’ bully claims, one thing is certain — she’s definitely not popular with most of the cast, and returning to the lion’s den was a brave move on her part.

Another thing that must have took some bravery on Alexis’ part was telling her husband Jim that she would be re-joining the show. Following last season, Jim had stated publicly that he did not want her to return and many thought his statement may have weighed heavily on Alexis’ initial decision to leave.

“It wasn’t hard at all, actually,” Alexis revealed. “He is so supportive. And the one thing my husband does, he hears me out, he listens to what I say. He gives me advice but at the end of the day, he agreed with me it was a good idea to go back.”

The Real Housewives of Orange County airs every Monday night at 8/7c on Bravo.