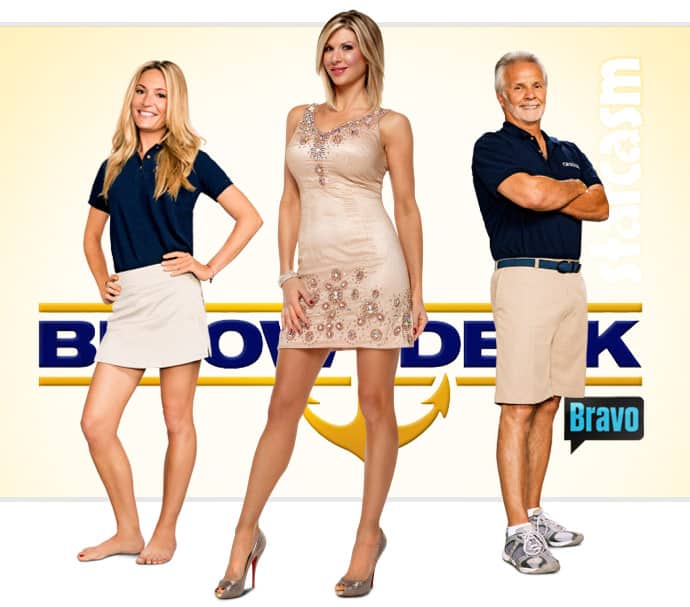 Former Real Housewives of Orange County star Alexis Bellino has been teasing her return to reality TV (with her new boyfriend) for months, and after a lot of fan speculation about what the show might be about, it appears we finally have an answer.

Alexis and a group of her friends will reportedly be appearing on the upcoming season of Below Deck! The scoop was sparked by a fan sighting of Alexis and her entourage at the Hong Kong airport. Redditor u/rahhhbert was headed to the Phuket province of Thailand when she thought she saw Alexis and a group of people during her layover in Hong Kong.

Alexis Bellino was on my flight to Phuket, Thailand

My layover from NYC to Phuket was in Hong Kong, I’m charging in one of the outlets by my gate and I glance up and do an immediate double take. I’m about 99% sure that this petite blonde lady with like 5 or 6 of her friends is Alexis from RHOC. The guy that was touchy-feely with her (new bf?) was at one point laying on the floor of the terminal doing like those baseball player stretches but loudly and in a really obnoxious way for it being 5 am but Alexis seemed pleasant and happy enough. I didn’t hear her talk much and she was WAY tinier than I pictured so I didn’t approach her because I wasn’t sure it was even her. Also she def wasn’t in first class i noticed as I walked my economy ass to the back. So I was genuinely like no what’re the odds of seeing her in the middle of Hong Kong

I land in Phuket and get wifi again, check her Instagram and the most recent post is the same group of people from the airport and she’s wearing the same clothes I saw her in. UGHHH At this point I was thru immigration and baggage and so I didn’t see her again but now I’m kicking myself for not getting a pic with her.

Just in case you needed confirmation, here is the Bellino Bunch at the Hong Kong airport, including her new man Andy Bohn “doing like those baseball player stretches but loudly and in a really obnoxious way” on the floor: 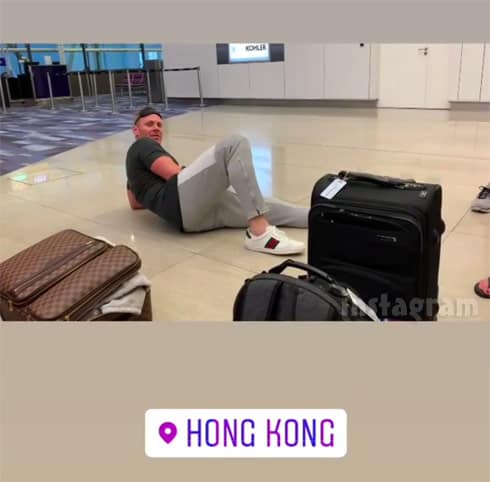 The cast of Below Deck has been in Thailand for a few weeks now, and another redditor claims that Alexis was heard talking about being on Below Deck before she left! “Omg I actually have tea about this,” wrote u/hipatrothfuss in response to the Alexis sighting post. “She’s heading to film an episode of Below Deck! My bff was at the same place as her this weekend and overheard her talking about it.”

The bff reportedly crosses paths with Alexis on occasion, and the two of them were at the same event, where Alexis “was talking about it to everyone who would listen.”

Part of Alexis’ teasing for her return to reality TV has been her fitness goals in hopes of getting her body back to where she wanted it after her divorce from Jim Bellino “caused havoc” on it. That would certainly seem to fit with an appearance on Below Deck, where bikinis are a must for the ladies.

So what do you think about Alexis making her triumphant return to Bravo on Below Deck?