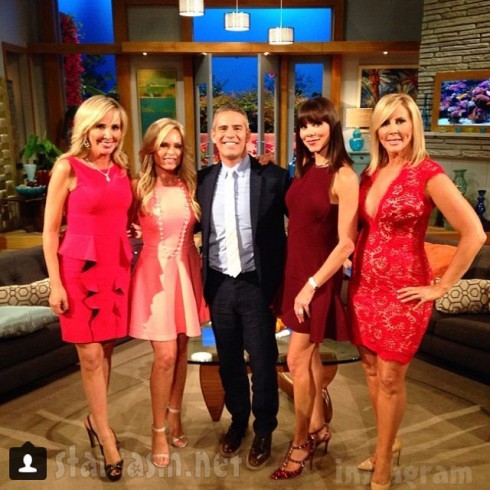 The ladies of The Real Housewives of Orange County began filming the Season 9 Reunion yesterday and we’re getting lots of behind the scenes photos that have me thinking Bravo will be titling this episode “Boobs ‘n’ Bangs!”

As you might have guessed, Lizzie Rovsek’s titular contribution (see what I did there?) was rather substantial as she wowed in a lace dress with cleavage mesh. Lizzie posted this Rovselfie on instagram and wrote, “With @jdmakeup in my dressing room. Reunion Day #rhoc” 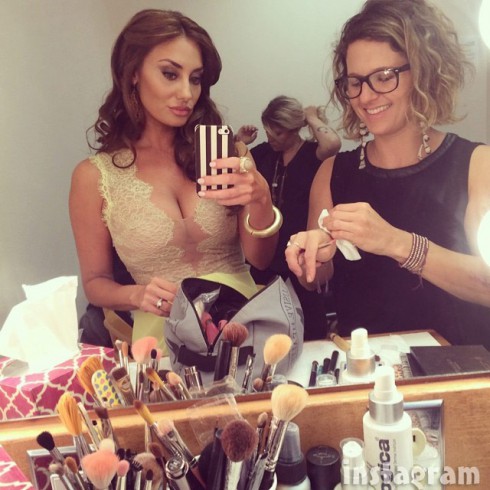 But show matriarch Vicki Gunvalson isn’t about to let some b00bie newbie steal her spotlight! The O.G. from the O.C. made the fashion declaration “Don’t mesh with me!” by showing off her rather ample love tanks with some cleavage-baring nude-illusion mesh of her own: 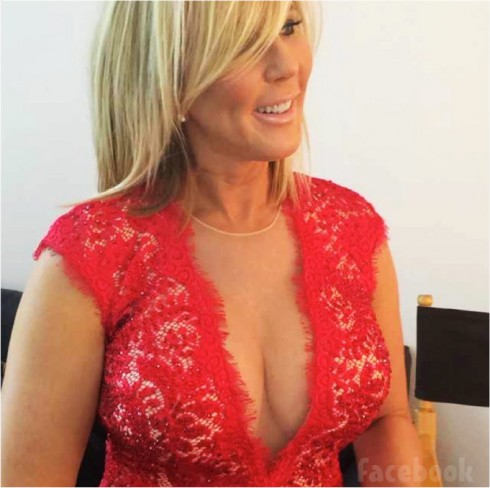 Vicki posted the photo above on Facebook and added the caption, “On set for the reunion. #WooHoo” That is some set!

Keeping with the cleavage theme, perhaps my favorite RHOC Season 9 Reunion photo (so far) would have to be this next one posted by Vicki on Facebook. She describes it as “Chit chatting with Shannon on the set for the reunion,” but what is so great about it is Lizzie’s photobomb (photoboob?) in the foreground! 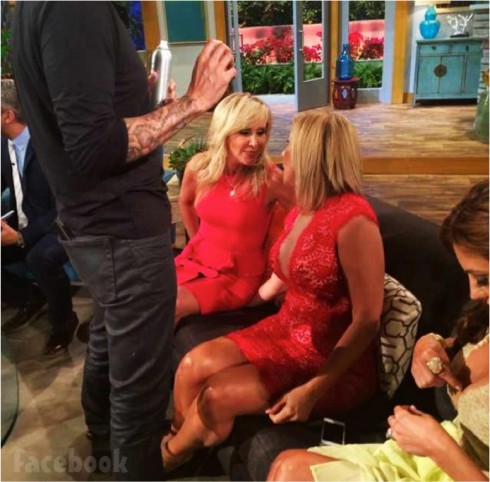 I’m guessing that is a lost microphone that Bravo is never going to see (or hear from) again. 🙂

Although it’s hard to take the attention away from Lizzie and Vicki’s four oranges, Heather Dubrow may wind up stealing the show as she used the Reunion to debut her brand new haircut, which features some dramatic new bangs! 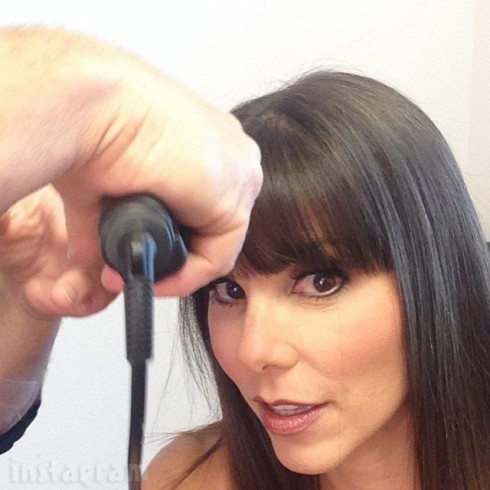 Heather posted the photo above on instagram just hours ago and seemed to know that it was kind of a big deal. “Tried a new look …. Sure there will be some comments! #ITSBANGSBITCH #RHOC #REUNION #ITSJUSTHAIR” (You might remember similar hashtags from when castmate Tamra Barney lopped off her front locks earlier this year as a show of solidarity with her daughter Sophia.)

Obviously one who understands drama and suspense, the “banged up” photo above was preceded by this next teaser photo, which Heather captioned, “Uh oh!!! Massive haircut! New look for #RHOC reunion today! Hope you like it @drdubrow ! It didn’t get #BOTCHED !” 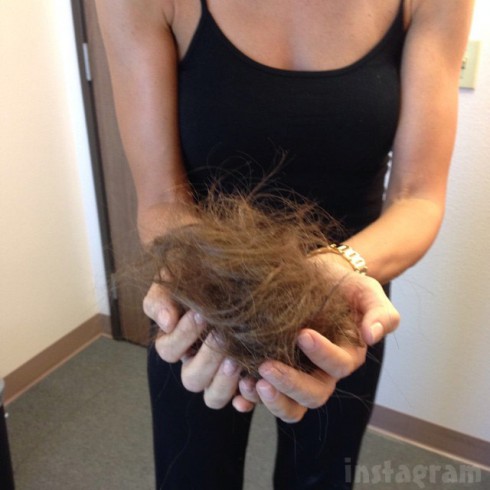 Heather had been hinting to fans that she might try something radical with her hair during the Reunion, and even called out for suggestions on Twitter earlier this week. “Shooting the reunion for #RHOC in 2 days …. Looking for avant garde hair ideas… Thoughts?” she tweeted on Tuesday.

As far as what transpired during the Reunion, we don’t really know much of anything. Hair stylist Kim Wyman did reveal just how long it took, writing on instagram, “16 hour day and exhausted but had fun.” And Tamra Judge seems to feel as though things went well for her as she wrote “The good thing about the reunion……the truth ways comes out!” on Facebook along with a photo of the message, “The only people who are mad at you for speaking the truth are those people who are living a lie. Keep speaking the truth.”

Here are the rest of The Real Housewives of Orange County Season 9 Reunion photos that I could find: 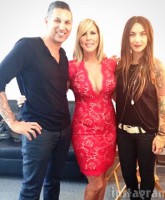 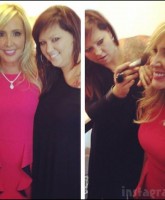 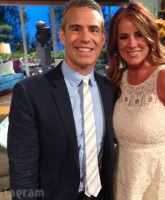 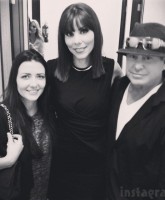 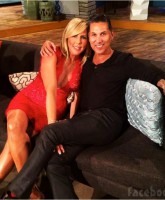 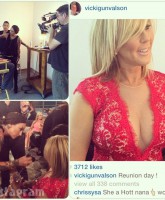 The Real Housewives of Orange County airs Monday nights at 9/8c on Bravo.