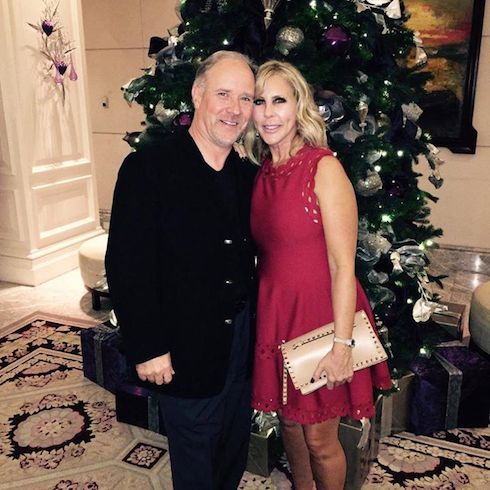 Following the revelation that Brooks Ayers did indeed fake his cancer diagnosis, one question has been asked more than any other: How did Brooks Ayers fake chemotherapy? After all, you can fake having cancer by simply lying about it. (Royal Tenenbaum did just that, to charming effect.) And you can fake your own medical records–for a little while, at least–by combining your pseudo-expertise with Google searches with your skills as an employee for a medical records company.

But chemo is a more difficult thing to fake, simply because it has visible–and often terrible–side effects. And it involves a chemical trail, rather than a paper one. So how did Brooks do it? Fellow Real Housewives of Orange County star Vicki Gunvalson thinks she knows, and is further disgusted by the information.

E! has just released a preview for tonight’s episode of Watch What Happens Live, on which Vicki is a guest. Vicki tells host Andy Cohen that she’s heard about a strange method of faking the effects of chemotherapy, and that she feels reasonably certain it’s a method Brooks employed.

“I actually contacted a couple of people,” Vicki says, “and they said you can actually take eye drops and they can make you violently ill. I don’t know if he did that. That’s pretty sick, but I witnessed him with fevers and night sweats and chills.”

Would you put it past Brooks to do such a thing?