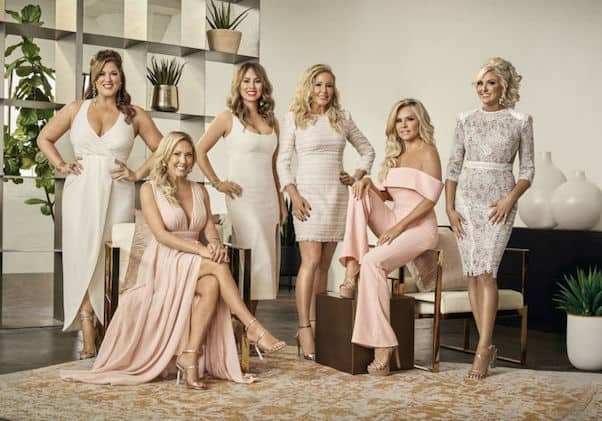 REALITY TEA – According to Andy Cohen, there’s a big RHOC cast change in the works for Season 15, which will supposedly begin filming soon. Early money is on Vicki Gunvalson, already demoted from main to supporting cast, getting the boot, but for now no one knows anything

JEZEBEL – Tonight, Lifetime airs Surviving R. Kelly II, a look at the legal and cultural fallout stemming from their Surviving R. Kelly documentary in 2019. Among the new members of Kelly’s circle who will appear in the sequel are several of his former employees, who remain firmly suppostive of Kelly and think the women accusing him are all out for fame and fortune

CELEBITCHY – At a New Year’s Eve mass in St. Peter’s Square, Pope Francis smacked a woman’s hands several times when she grabbed him out of nowhere and almost made him fall over. Of course he has since apologized, but after seeing the video I don’t think anyone can blame him for his reaction

VOX – And speaking of New Year’s Eve and by extension your New Year’s resolutions: Here’s the truth about about the number of calories in your alcoholic beverage of choice. If you need to brace yourself with a drink before reading, go ahead

THE ASHLEY’S REALITY ROUNDUP – It sounds like Thomas Ravenel is maybe protesting too much about not coming back to Southern Charm. He swears he’ll never return because his family would “disown” him; I say if he’s even talking about the possibility after the year he had then he has no shame and will absolutely do it given the chance

DLISTED – Busy Philipps took advantage of the New Year to post some choice #AlmostGrams blasting E! for canceling her well-reviewed talk show, Busy Tonight, after just one season a few months ago. Hopefully this is the start of a trend where celebrities talk some serious heat-of-the-moment shit and then wait until the end of the year to share it with the world

GO FUG YOURSELF – Yes, Lupita Nyong’o is incredible on the February 2020 cover of British Vogue, but I’m still not past the stage where she looks like Adelaide from Us in every photograph

THE BLEMISH – Amanda Bynes may have gotten a face tattoo of a thin black heart — outline only — on her left cheek. I think it’s probably just a pen drawing, meant to get a reaction out of people? In any case I hope we can all agree it looks better than Bieber’s

LAINEY GOSSIP – On New Year’s Eve, Michelle Williams and Thomas Kail announced they are a) engaged and b) expecting their first child together, double congrats!