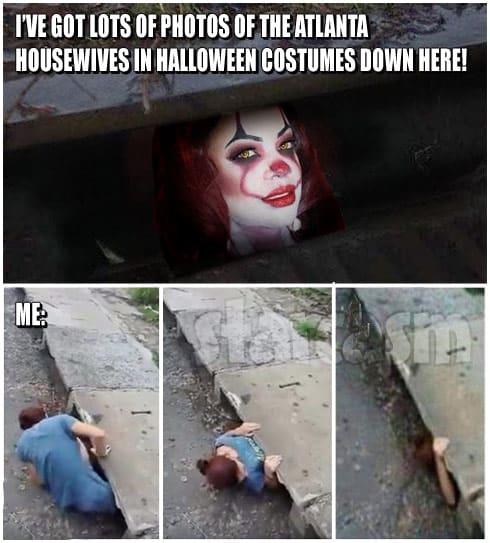 I LOOOOOOOOVE me some Real Housewives in Halloween costumes, and the ladies from The Real Housewives of Atlanta ALWAYS step up their costume game this time of year! 2017 was no exception as the peaches went all out for a costumed shindig this week that saw Kandi Burruss channeling the IT clown as Kandiwise, Cynthia Bailey revisiting her 50th birthday hash tag #50Cynt by actually becoming 50 Cent, and Marlo Hampton inducing all the smiles as Halle Berry’s Nisi from B*A*P*S!

Here’s the full group shot from both Bossip and Freddy O:

? Well well well… The gang is all here. Everyone knows a night with the Atlanta Housewives can mean tricks or treats. So do you think it was a fright night or nah?

Before I get into the individual looks, I should point out that we have already covered the shadiest, hilariousest, most clapbackiest costume at the event: NeNe Leakes and Gregg Leakes as roach and roach exterminator (in response to Kim Zolciak Biermann and her daughter Brielle Biermann’s now-infamous “roach video” taken in NeNe’s bathroom). In that post we also included Kim and her husband Kroy dressed as a Playboy bunny and the late Hugh Hefner.

We will start the rest of the cast with Kandiwise from the meme photo above. Kandi Burruss was STUNNING as Pennywise the Clown from Stephen King’s It: 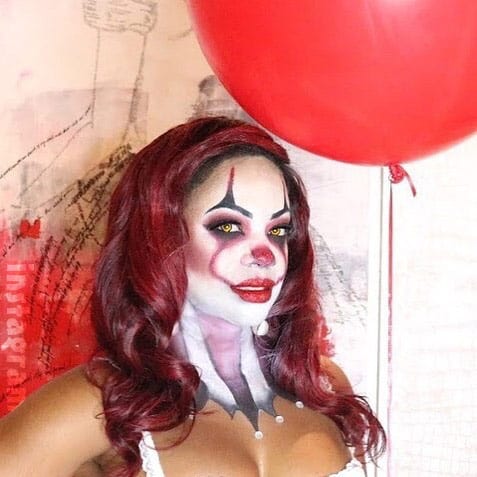 Attending the party with Kandi was her husband Todd Tucker, who was Adidastacular as LL Cool J. Here’s a video of Kandi and Todd (aka Kandiwise and LL Cool T) together in which Kandi shares credits for her amazing look:

Last night was #FunTimes with #LLCoolT. Thanks to my my team for turning me into the ‘IT girl! ? Makeup: @makeupbyoz Hair: @sewjodie Wig provided by: @_nextlevelhair @willgetzitin Cuffs/Earrings/Red Boots: @lulus

Another photo and animated gif of Kandiwise:

Would like a balloon little girl?…. ? Lol! @misstishtaylor came thru on her broom tonight! #RHOA #IT ?#ITgirl

Although Kandi was a clown, the most clownish costume at the RHOAffair was Marlo Hampton, who went over the top with her joy-inducing costume of Nisi from the movie B*A*P*S: 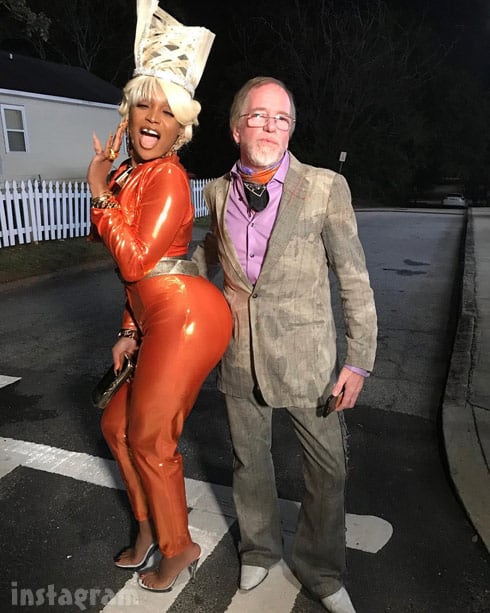 SWIPE ?✨ Nisi from #BAPS came to life last night thanks to this creative team! It was my first time working with some of them, but they pulled in together in less than 48hrs. Thank you! ?? #rhoa Creative▪️@parischea MUA▪️@japanesefaces HAIR▪️(crown) @kaozbybrandonmcdaniel Hair▪️(wig) @hair_artbyj OUTFIT▪️@fashenelle NAILS▪️@terranceterry More ??on my insta story.

It’s just too bad that Marlo couldn’t get another of the ladies to go along as Mickey!

The best “more than just a costume” award would have to go to Cynthia Bailey, who not only had a sex change makeover to become rapper 50 Cent, but according to everyone in attendance, she remained in character ALL NIGHT! 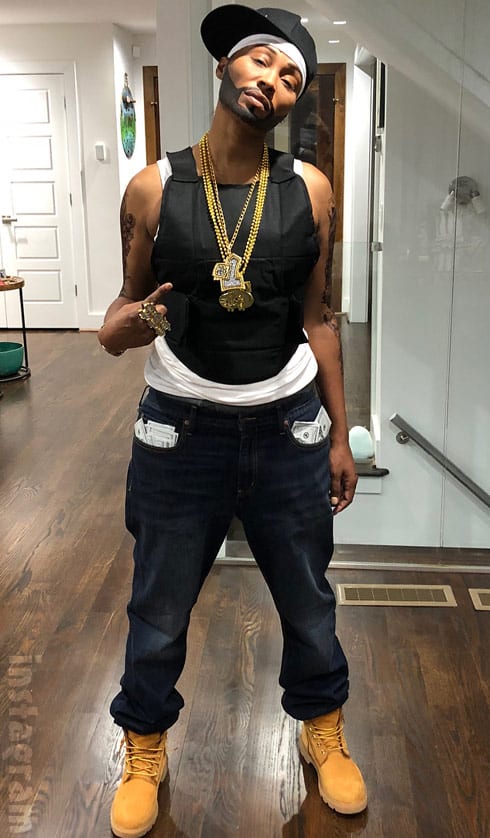 With #50cynt @cynthiabailey10 you were amazing last night boo !! You looked great and your character was everything ! You are always a good time ? #cynthiabailey #rhoa

And here are photos and video of the rest of the ladies, including Porsha Williams and sister Lauren D’Andria Williams as twin zombie / corpse brides, Kenya Moore as a Victoria’s Secret Angel, Sheree Whitfield and Eva Marcille as Cleopatra, and Shamea Morton as a mermaid:

This one right here… comes thru nice and true!!!! #Blessed to have @japanesefaces in my world?#birthdayflow #OVO #33

Thanks for the fun ladies! (And gentlemen!)