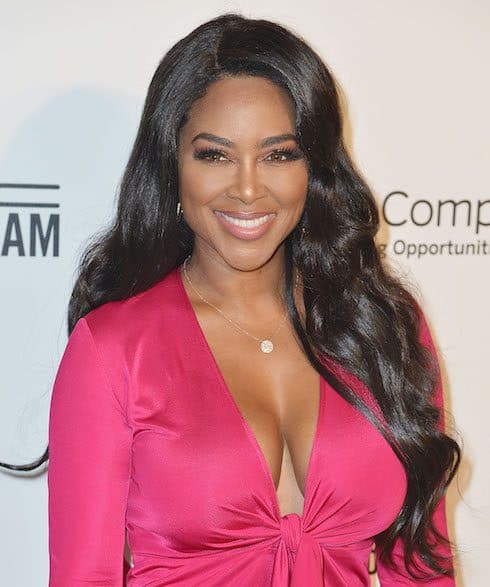 The Real Housewives of Atlanta star Kenya Moore is reportedly out. Season 11 of the show will continue filming without Kenya, who apparently wasn’t fired but chose to walk away from what had become “messy” and contentious contract negotiations over the parts of Kenya’s life she gets to keep off-limits.

Those messy negotiations and “uncrossable battle lines” spilled over into a new feature from People, one that’s fueled primarily by sources close to RHOA production. According to their take, the 49-year-old, who famously kept her fertility treatments away from Bravo’s cameras until becoming pregnant earlier this year, Kenya did want to come back to the show, but also wanted more money than producers were willing to pay.

RHOA producers also “wanted to film all parts of [Kenya’s] life — including her personal time with husband Marc Daly — that were previously off-limits.” (Following Kenya and Marc’s secret 2017 wedding, her husband only appeared on Real Housewives of Atlanta once — and that briefly — during Season 10.)

Said one source close to production:

Everyone wanted to have Kenya back, but they wanted to have the old Kenya back — the one who isn’t afraid of the cameras. You can’t have secrets and be on reality TV. Especially when other Housewives are showing all of their lives — the good, bad, and the ugly. They need to see your life.

The source alleged that it’s Kenya who let negotiations get “messy,” claiming she “refused to compromise” in the face of everyone, including the full cast, “rooting for her and want[ing] to see her back.”

At the same time, a source close to Kenya said the reality star “knew her worth” and was simply unwilling to bend for what she thought were “insulting” offers.

NeNe Leakes to star in “I Dream of NeNe: The Wedding Special” on Bravo