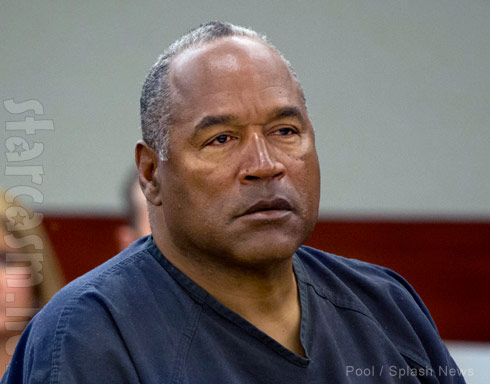 Former NFL star O. J. Simpson is currently behind bars in Nevada serving a 33-year sentence after being convicted of assault, robbery and kidnapping in 2008, but the 66-year-old is reportedly asking President Obama to get him out early because he believes he has a terminal brain tumor and doesn’t have long to live.

The National Enquirer broke the story, quoting a source close to Simpson who claims, “OJ says his memory is slipping and he gets painful headaches and other symptoms.” The source then reveals, “He put off the doctors for weeks after he first started experiencing the symptoms because he was afraid of what they would find.”

Simpson has since reportedly allowed himself to be tested to determine if he is in fact suffering from a brain tumor.

Without a Presidential pardon or some other sort of intervention, Simpson will be required to serve another four years of his 33-year sentence at the Lovelock Correctional Center before he can be considered for parole.

This is not the first time that Simpson’s health behind bars has made headlines. Back in July The National Enquirer reported O. J.’s diabetes had progressed to a very dangerous point and claimed at the time that he may have only three months to live.

He reportedly tips the scales at a staggering 300 pounds and suffers from dangerously high blood pressure. And in recent days, his spirits plummeted as he became convinced the bid he’s making for a new trial would fail and he’d never again enjoy free­dom.

Severely depressed, he spends much of his time sleeping in his prison cell bunk at Lovelock Correctional Center in Nevada.

“O.J.’s doctors have told him he could be dead in as little as three months because of his out-of-control blood sugar and blood pressure,” revealed a friend.

“But O.J. doesn’t care. He knows he’s never going to get out of prison, so he refuses to take care of himself.”

So far there has been no confirmation on O. J. Simpson’s reportedly plea for leniency from The White House.

MUG SHOT PHOTO David Davis arrested while getting a haircut