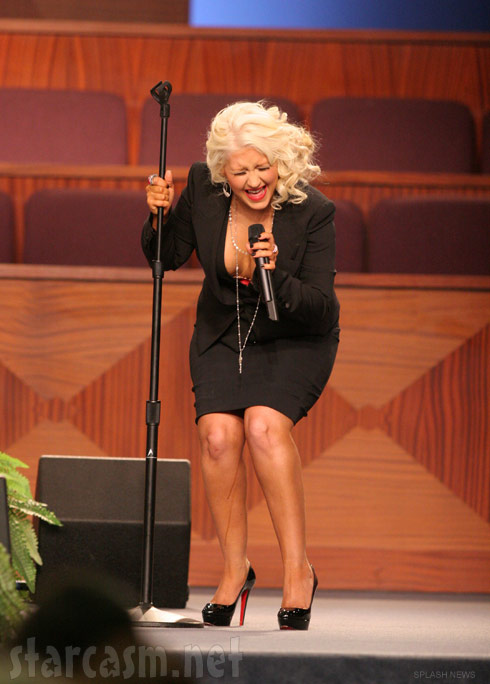 We did a post earlier today featuring Christina Aguilera’s emotional rendition of “At Last” at the funeral of her mentor, legendary R&B singer Etta James. I confess that I was focused on Christina’s face, hands, and rather revealing neckline during the performance and failed to notice (as one commenter with a keen eye – and/or affinity for legs – pointed out) that there appears to be some sort of mystery fluid streaming down her leg.

Here’s a zoomed in view of the photo above: 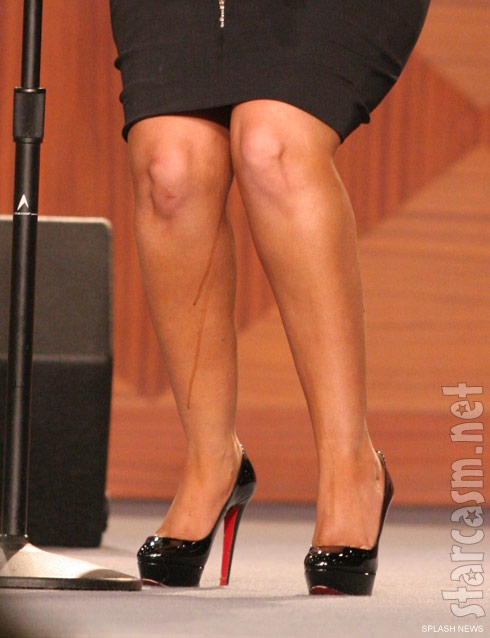 And if you watch the video of her appearance, you’ll notice during her performance that she rather obviously wipes off her legs during the intro. Here’s an animated gif illustrating what I’m talking about:

I’m a guy (which you may have picked up on when I revealed I was distracted by Christina’s plunging neckline) so I’m not all that familiar with lady problems, but my guess is that this is some sort of sweat + bronzer mishap? (UPDATE: This bronzer sweat theory was confirmed by Christina’s reps.)

And just in case you needed another look, here’s a different photo:

UPDATE – Here’s another photo in which you can tell the problem wasn’t restricted to just one leg. There is clearly a steady stream running down her left leg as well:

Suspect busted after sharing police’s Facebook status about him