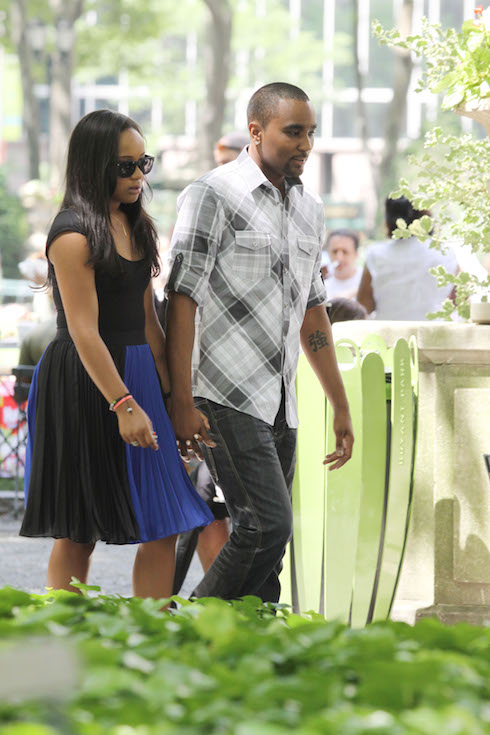 According to several new reports, the Nick Gordon arrest in the ongoing Bobbi Kristina criminal investigation is “imminent.” Fulton County Police have been investigating the possibility of foul play in Bobbi Kristina’s death since gaining jurisdiction over the case several months ago. Gordon has been the primary suspect in the investigation since the smaller Roswell Police Department was in charge of the case; it’s long been believed that Gordon is also the sole suspect in the case.

Murder charges could be coming soon for Gordon, who this week was seen publicly for the first time since mid-August. Eyewitnesses to Gordon’s Floridian emergence reported that Gordon looked “tense,” and appeared to be possibly agitated. Gordon lives in a gated community, however, and those eyewitnesses were unable to interact with him.

Gordon’s newfound tension came in part from the widespread criticism and ridicule he and his legal team received this week. It emerged that Gordon’s lawyers, who had petitioned for a Motion to Dismiss in the $40 million civil lawsuit against their client, actually withdrew that motion the day after they filed it. According to legal analysts interviewed by National Enquirer, the legal team likely withdrew the Motion in order to keep Gordon from having to give a deposition under oath.

Christopher Brown, Bobby Brown’s unrelated attorney, blasted the move, calling the Motion and the sneaky legal maneuvering around it “frivolous.”

Investigative interest in the criminal case ramped up when the Browns and Houstons filed a multi-million dollar civil lawsuit against Nick Gordon this summer. That suit alleges years of domestic abuse by Gordon, in both physical and emotional forms, and stated that Gordon posed as Bobbi Kristina’s wife in order to gain access to her finances.