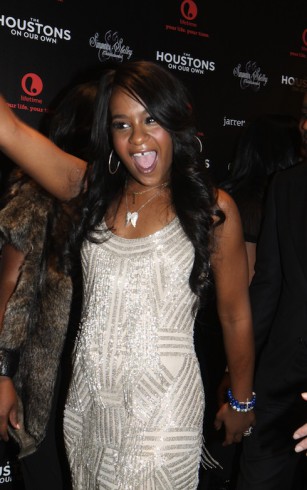 Bobbi Kristina’s maternal grandmother Cissy Houston has given a new interview in which she acknowledges there is “not a great deal of hope” for her granddaughter, though the family continues to pray for an improvement in her condition.

Houston spoke to Houston radio station WBLS this week, and shed some light on her granddaughter’s condition. Rumors have swirled around the 22-year-old daughter of Whitney Houston and Bobby Brown ever since she was found unconscious in a bathtub on January 31st. While at one point Bobbi Kristina was reported to be near death, her condition seems to have leveled off since then. Last week, she was moved from intensive care at Emory University’s hospital in Atlanta to an off-site rehabilitation facility.

“I feel every bit of it I truly do,” Cissy said, in regards to the prayers well-wishers have made for Bobbi Kristina’s recovery. “I give it to God one time. I know He’s able. I cannot change a thing. I’m asking everybody, pray to the Lord who we know can do something about it.”

And, with regard to a miracle, Cissy said she’s made peace with the situation if one doesn’t occur: “If He works a miracle, thank God. If it happens the other way, I’m alright. I’m fine.”