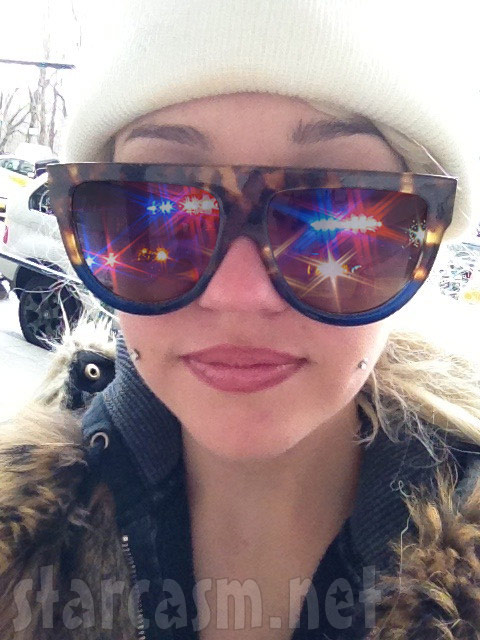 It seems Amanda Bynes’ behavior has finally crossed the line with police as she was reportedly arrested in her New York City apartment Thursday evening. The arrest occurred after the doorman at Amanda’s Midtown apartment building on West 47th Streeet called police to report the 27-year-old former child star was in the lobby smoking marijuana, law enforcement sources tell NBC New York.

According to the sources, by the time the police arrived at the scene, Amanda had returned to her 36th floor apartment. Police went to her apartment and when she opened the door officers noticed a “heavy” marijuana odor as well as smoke coming from inside and saw a bong. The sources say Amanda allegedly threw the bong out the window — of the 36th floor!

Bynes was reportedly then arrested and charged with reckless endangerment, tampering with evidence and criminal possession of marjuana.

According to TMZ, Amanda was furious during her arrest and pulled a Reese Witherspoon by yelling, “Don’t you know who I am?”

She was taken to Roosevelt Hospital to undergo a psychiatric evaluation, then to a Midtown police station to be processed, according to sources. She was expected to spend the night in Manhattan central booking and appear in court Friday.

Amanda is still under probation for driving without a license and still has a pending DUI case in California.