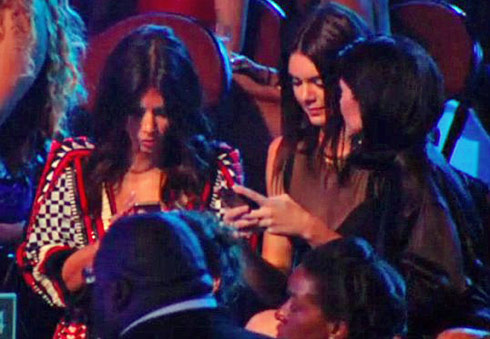 During last night’s broadcast of the MTV Video Music Awards presenter Common asked the crowd in attendance to observe a moment of silence for Michael Brown in light of the civil unrest in Ferguson, Missouri.

“Hip hop has always presented a voice for the revolution. I want us all to take a moment of silence for Mike Brown and for peace in this country and in the world.”

MTV had an alternate live stream of the awards show that folks could watch that featured live simultaneous audience shots and other additional stuff. As pointed out by BuzzFeed executive editor Doree Shafrir, during the requested moment of silence the cameras revealed Kim Kardashian, Kylie Jenner and Kendall Jenner in their front row seats seemingly oblivious to the request while being engrossed with what was going on with their cell phones and each other.

Social media instantly hit back hard at the trio who have yet to address the public scolding.

Some argued that it might have been a simple delay in broadcasting and that when the sisters were shown doing their thing via the live stream it wasn’t during the requested moment of silence. When asked about it by the Daily Star, a rep for MTV has stated that there was no delay and that the events depicted happened at the same time. 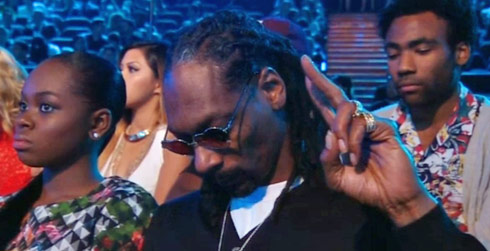 A lot of sites have included the TV broadcast video which doesn’t show the Kardashians (Jenners) – that was only via the live stream – which can be confusing. I couldn’t find a clip of the live stream moment in question (yet) but considering that MTV responded and the girls haven’t I think it’s safe and kinda sad to say this happened.

Kylie Jenner and Tyga: Troubled couple ‘at war’ over her Christmas diamond