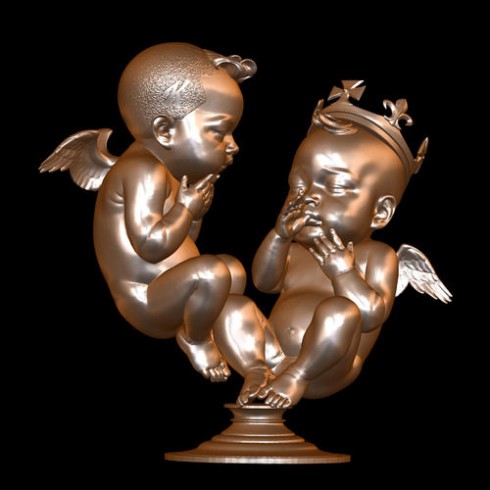 Pop culture Daniel Edwards has released his latest scultpure, entitled “Special K and Little Grape (Baby Kimye and the Royal Heir),” and it depicts the world’s two most anticipated babies (whether you like it or not, you know it’s true:) the fetuses of Kim Kardashian and Kanye West, and Prince William and Kate Middleton.

Daniel Edwards is perhaps best known for a controversial 2006 sculpture of Britney Spears giving birth to Sean Preston on a bear-skinned rug. Some of his other works include Angelina Jolie breast-feeding her twins, Suri Cruise’s bronzed p00p, and a topless bust of Hilary Clinton.