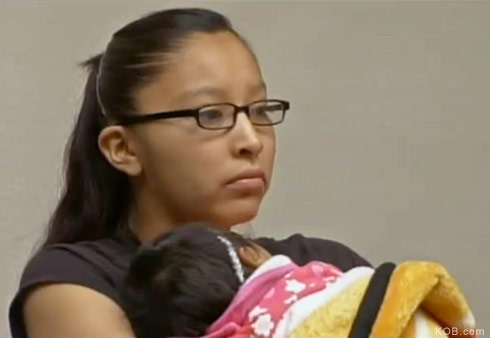 Gallup, New Mexico teen Shantelle Hicks was shocked when she was kicked out of Wingate Elementary and Middle School back in October after the school found out she was pregnant. Shantelle, who was 15 at the time, was readmitted four days later after the American Civil Liberties Union informed the school that it was against the law to deny an education to a student because she is pregnant.

Two weeks later, the director of the school and a counselor forced Shantelle to stand before a student assembly as they announced she was pregnant. That action brought the ACLU back on board, and they filed a suit on Tuesday asking for punitive damages.

ACLU attorney Barry Klopfer told the Indian Country Today Community Network, “We believe that Wingate intentionally humiliated Shantelle in retaliation for her refusal to leave the school. It is outrageous that educators would subject a young woman in their care to such cruelty. Adopting one’s moral convictions from The Scarlet Letter is completely inappropriate and fails to take into account a child’s educational needs.”

According to the lawsuit, Shantelle was told by school officials that she “would set a bad example for the other students because she was pregnant,” and was asked to leave Wingate and attend another school.

“It was so embarrassing to have all the other kids staring at me as I walked into the gymnasium,” said Hicks in an ACLU news release. “I didn’t want the whole school to know I was pregnant because it’s not their business, and it wasn’t right for my teachers to single me out.” 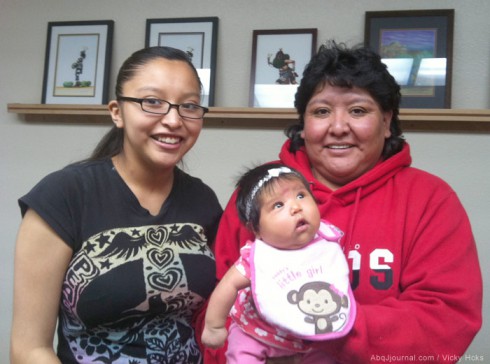 “Students shouldn’t be treated differently because they’re pregnant,” Shantelle’s mother Vicky Hicks says. “They specifically said Shantelle Hicks is pregnant. Well, they exploited her pregnancy in front of hundreds of students – mid school students – also faculty. I would like an apology.

“So far we haven’t got an apology for what they did to my daughter. Number one for just kicking her out and saying no, she’s not allowed back to school.

“They’re going to say they didn’t kick her out, but I know they did due to her being pregnant.”

The school denies the allegations.

Shantelle, now 16, gave birth to a daughter Georgianna Hicks last month. She plans to return to Wingate at the end of the month.

“We take it one day at a time,” Vicky Hicks said. “I was saying wounds can heal, but they take time. For my daughter, the faculty exploiting her pregnancy, I know that really set her off. For her, going back to school after the assembly, to me it seemed like she was walking around the school humiliated.”