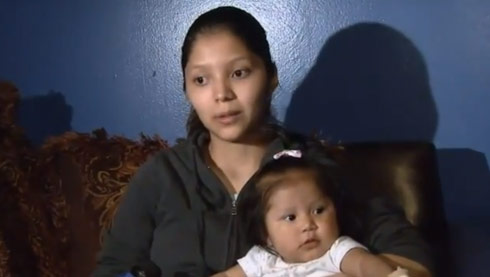 17-year-old Alondra Gervacio was walking her daughter, Perla Galindo, in a stroller on the sidewalk Tuesday in the Bronx. A cab on the street unexpectedly careened toward them when the driver suffered a fatal heart attack behind the wheel.

The mom notices at the last second and tries to avoid the runaway vehicle but is unsuccessful as both she and her 8-month-old daughter get struck. The taxi comes to an abrupt stop after careening into a Dunkin’ Donuts storefront.

Alondro was flung away as her daughter was terrifyingly stuck under the taxi. She quickly pulled herself up and flung her body under the wrecked taxi, after trying to open the driver’s door, to pull her daughter out.

Gervacio and her daughter were taken to an area hospital for “minor injuries.” Mom was released later that day and her daughter, miraculously, was discharged on Wednesday. The child was said to have been knocked out of the stroller and was underneath the cab when she was rescued.

To emphasize just how incredible it is that little Perla left the hospital the very next day, here is what remained of the stroller after the collision: 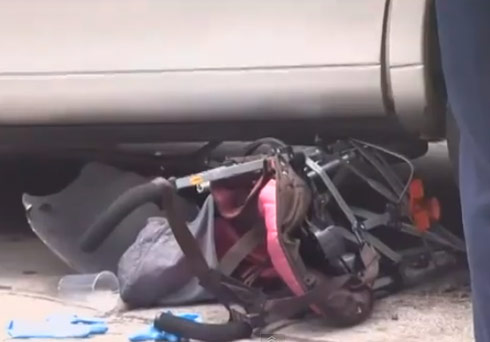 Gervacio said later, “I was screaming for the ambulance to come fast. It was so horrible.”

VIDEO Ronnie and The Situation fight it out on Jersey Shore “Let’s do it!!!”