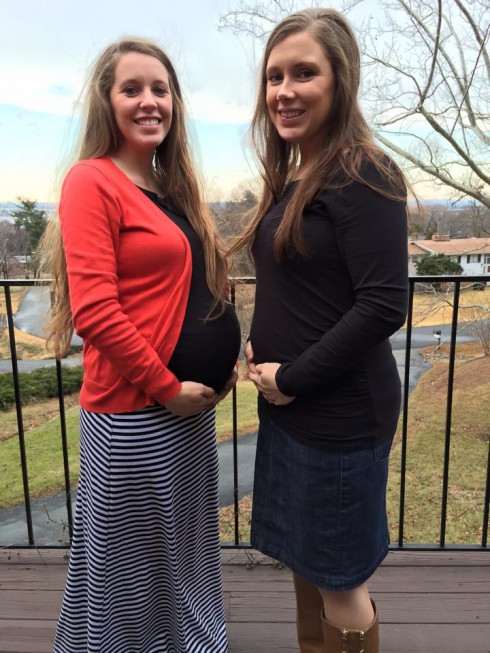 19 Kids and Counting‘s Jill Dillard and Anna Duggar are due to welcome new babies in March and July, respectively — but they’re giving the cousins a jumpstart on friendship with some bump-to-bump bonding.

Jill shared the top picture (captioned “preggo sistas”) during her and husband Derick Dillard’s recent trip to Washington D.C. to visit Anna and Jill’s brother, Josh Duggar. If only the guys were in the shot, it would be a nice recreation of the photo Josh and Anna took when she was expecting her first child at the same time mother-in-law Michelle Duggar was pregnant. 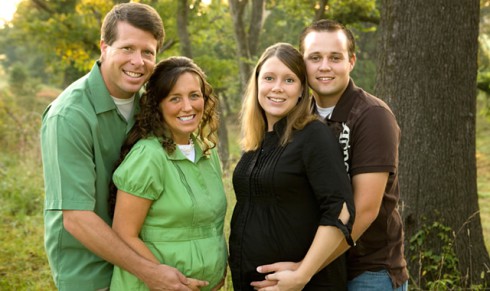 While Jill and Anna got some girl time in, it looks like Josh took Derick out with his three young kids to give him a taste of what he has in store. 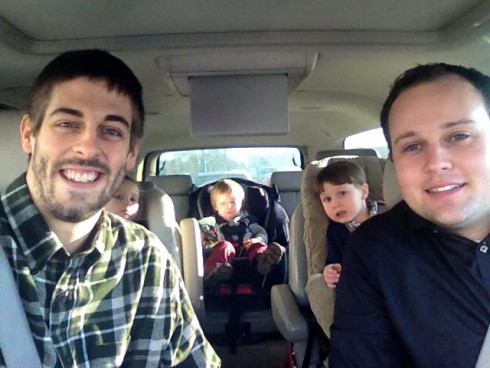 Meanwhile, there have been some rumors floating around lately that Jim Bob and Michelle banned midwife-in-training Jill from assisting Anna’s unwed sister give birth a few years ago. A source who supposedly had knowledge of the situation told Radar Online “they thought Jill shouldn’t be exposed to an unmarried mother in that condition.”

However, there are a few significant holes in the story. For one, Anna’s family lives in Florida, so it’s highly impractical that Jill would have been able to be there for the birth. Also, Jill isn’t a certified midwife and must practice under the guidance of someone else — and most midwives wouldn’t let just anyone join in. And, finally, Jill has helped single moms give birth in the past. Just wanted to clear that up!