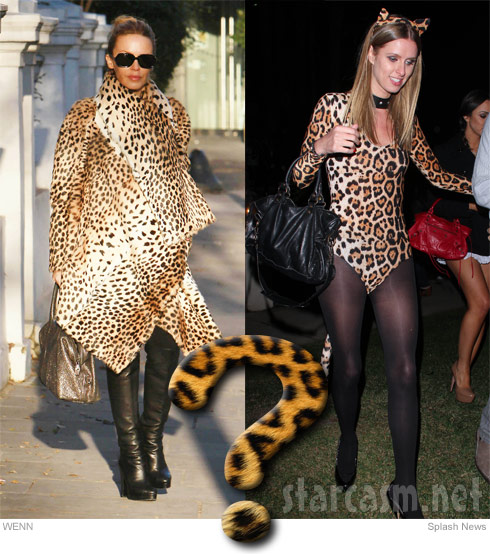 Have you ever found yourself asking the question, “What is the difference between leopard print and cheetah print?” Well, join the crowd!

As a celebrity blogger I am always attempting to describe what celebrities are wearing, and I can still recall the first few times I had to tackle someone wearing the spotted fur of a big cat and asking myself, “Is that leopard print or cheetah print?” (Yeah, it was probably you Miss Chelsea Houska!)

Since that time I’ve learned the difference, but the subject came up during a discussion with a friend last night when a lady walked by in a cheetah print coat and my friend mistakenly referred to it as leopard print. After I explained the difference she said, “I’ve always wondered about that. You should do a post about it!” So, here we are.

The difference between cheetah print and leopard print is really quite simple. Cheetah pelts have simple dark spots while leopard pelts have more complicated, two-toned spots: 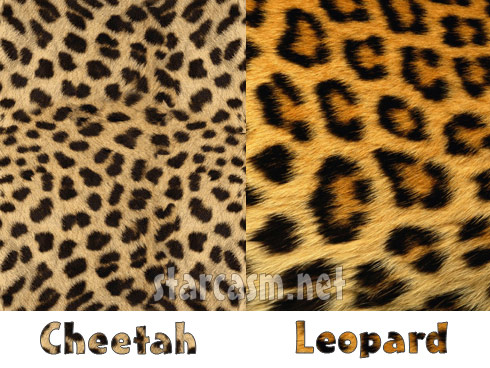 Usually, when you see cheetah print it is pretty close to what you see above. Leopard print, on the other hand, can vary in numerous ways. Sometimes the second color can be amplified, or muted, or deleted altogether. The important thing to remember is that the spots aren’t just spots (like the cheetah) but horeshoe-like dark blotches with a light spot in the middle.

Here are photos of an actual leopard and an actual cheetah for comparison: 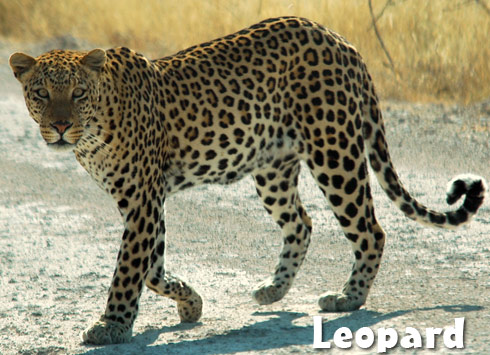 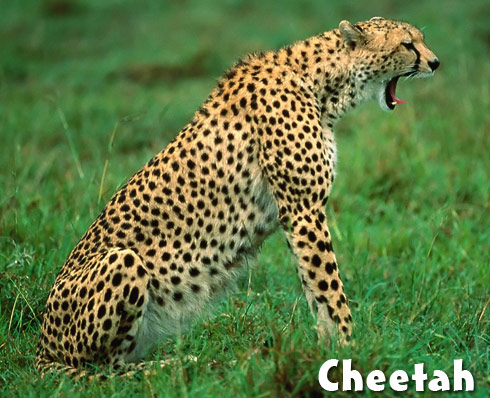 Leopard print is also more likely to show up in all sorts of different colors, like Paris Hilton here: 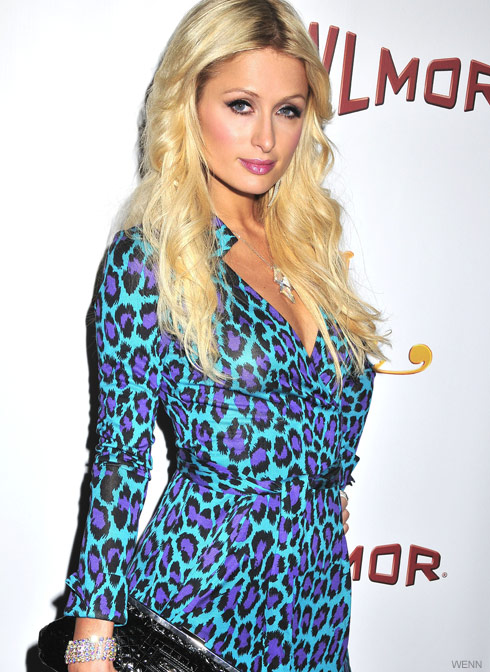 But, most often, leopard and cheetah print fabric and furs are made to match their origins in nature. In the photo at the top of this post Kylie Minogue (left) is wearing a cheetah print coat while Nicky Hilton (right) is sporting a rather revealing leopard print leotard as part of her 2011 Halloween costume. (Yes I used that picture just so I could use the very similar words leopard and leotard in the same sentence.) (Oh, and because I love me some Hiltons!)

Obviously there can be many distorted variations that are neither leopard nor cheetah prints, but now you know the basic characteristics of each. (It should also be noted that there are some rare species of leopards with different marking like snow leopards and clouded leopards.)

What’s the story behind the Coke ad from the Mad Men finale?