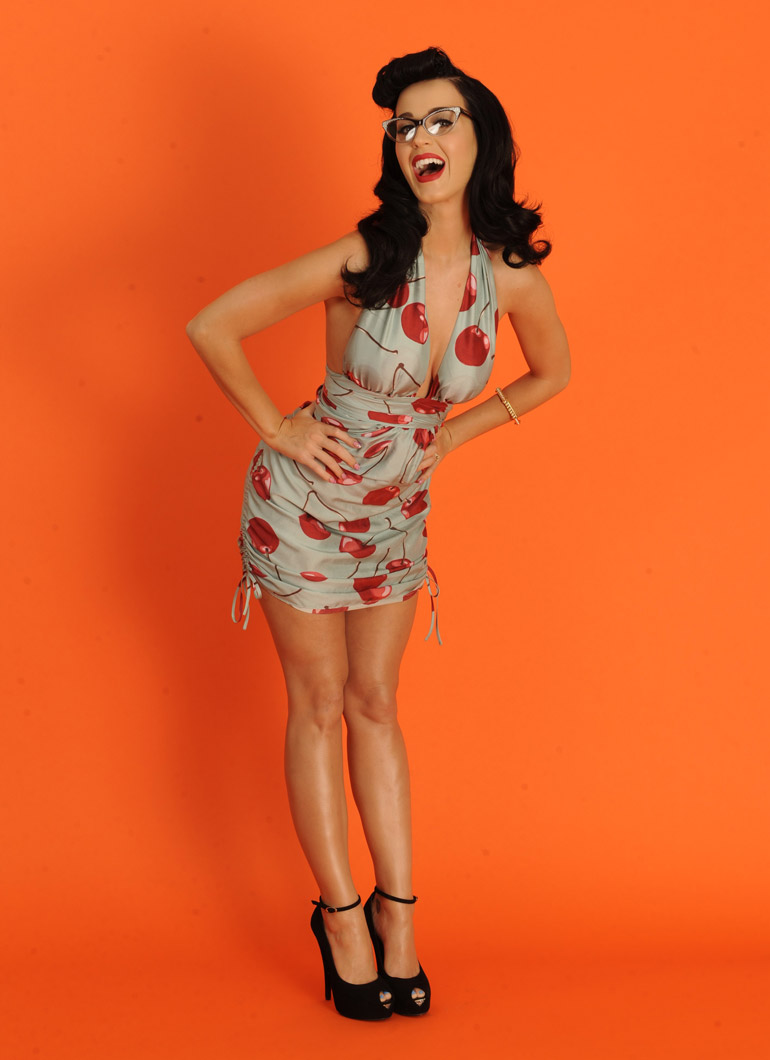 Katy Perry performed a free concert at her alma mater Dos Pueblos High School Tuesday, which she attended as a freshman before leaving and getting her GED. The concert was part of a cross-promotion for Katy’s new album Teenage Dream and the movie You Again, which is about a girl whose brother is about to marry someone who bullied her in high school.

Katy didn’t address bullies specifically, but she did go after a classmate she spotted in the audience saying, “Is that Shane Lopes? Holy shiza! You were the most popular kid in my class. But you never wanted to date me, it was always Amanda Wayne. You really chose well.” She then dedicated her next song to Shane titled “UR So Gay.” OUCH! (Not that there’s anything wrong with that.) Here’s the video with the full intro:

Prior to “UR So Gay” Katy kicked things off wearing a Dos Pueblos High School Chargers cheerleader uniform (omm nomm nomm!) and opened with “Hot N Cold” before stripping off the cheerleader garb (OMM NOMM NOMM!) to reveal a peppermintastically revealing red and white striped sun dress for her performance of the song that cemented her celebrity status, “I Kissed a Girl.” (The TMZ video link above includes the strip down!)

Katy then talked about missing out on high school graduation which somehow segued into “Waking Up in Vegas.” 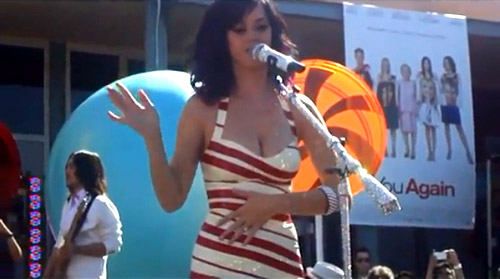 Katy finished the show with a string of songs from California Gurls including “Last Friday Night (T.G.I.F),” “Firework,” and “Peacock.” She saved the planet’s biggest smash hit of the summer for last – title track “California Gurls.” 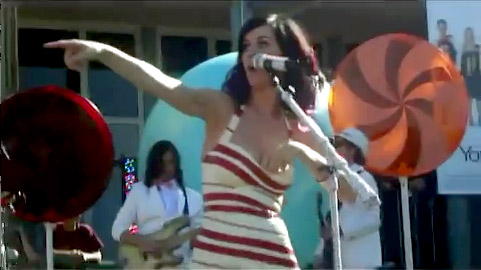 There are a number of videos of the performance on YouTube, but 40% are too rough to watch and the other 60% are all of “California Gurls” (minus the “UR So Gay” clip above) Sooooooo…. here are a couple different videos of Katy Perry’s hit single “California Gurls” from her concert at Dos Pueblos High School in Goleta, California just outside of Santa Barbara. (If you find another video or have photos from the show let us know and we’ll add them to the post!)

UPDATE – Thanks to YouTuber Shrl32688 we now have video of seven of the songs performed by Katy at Dos Pueblos High School! I added in the “UR So Gay” video above because I was talking specifically about the intro, and here are the rest!

“Waking Up In Vegas”

Talking about her high school days at Dos Pueblos:

Michael Bublé is going to be a dad

VIDEO Tiger Woods’ eagle on 7 at The Masters Final Round AMAZING SHOT!