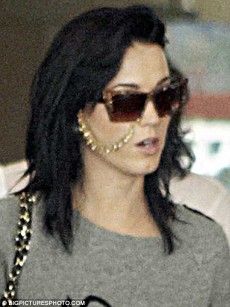 In case you haven’t heard, Katy Perry and Russell Brand got married this weekend in India after a yearlong engagement that began in India. (full circle!)

Perry stepped of the plane in India Thursday wearing a $260 pair of A-Morir sunglasses that feature a gold chain hanging on the right side. It created the illusion that she had gotten her nose pierced and put in a traditional Indian bridal ring called a nath that connected the nostril to the ear through a gold chain. But it was on the wrong side: the bridal chain is supposed to be on the left, while the right chain indicates a “lady of the night.”

There was much shock, awe, and Katy Perry song-title jokes.

E! Online even asked an expert from the Bharatiya Vidya Institute of Indian Culture to weigh in and they explained that it was such an antiquated ritual and that either side can be worn for a bridal ceremony.

However, it turns out that KP wasn’t trying to send out Eastern hemisphere cultural shockwaves by getting married while proclaiming to be a lady of the night, or even just dusting off an old Indian tradition for her novelty-style wedding. She was wearing a pair of blingy sunglasses. 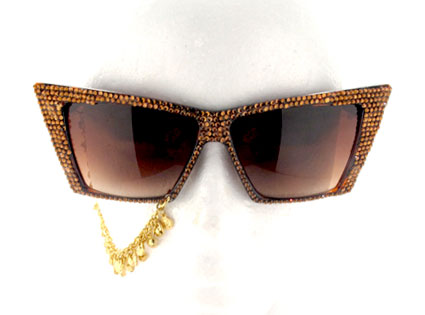 Are Casey Abrams and Haley Reinhart of American Idol dating?