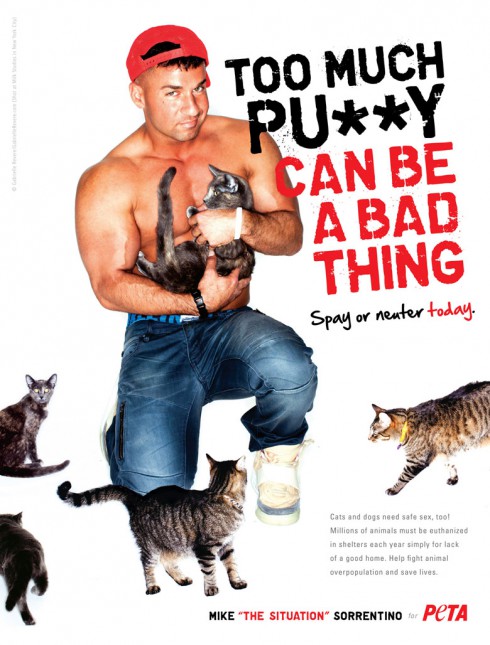 Mike “The Situation” Sorrentino is channeling Bob Barker! The Jersey Shore star has teamed up with PETA (People for the Ethical Treatment of Animals) to ensure that everyone knows just how important it is to spay and neuter their pets. After all, “too much p***y can be a bad thing,” as one ad reads.

Mike entered rehab earlier this year and since getting out he’s be clean and sober, and now it looks like he’s a bit more sensitive, too! The pumped up Guido is shirtless in the posters, but his perfect “Situation” abs are masked by a purrrfect Kittuation. (That was a stretch, I know.)

So why switch gears to TLC for p***ies from GTL for the same word? “It was important for me to partner with PETA to raise awareness about the homeless animal crisis because so many dogs and cats must be euthanized each year because there aren’t enough good homes for them all,” Mike explains. “Everyone can help solve this problem by spaying and neutering their animals and making sure to adopt animals and support their local shelters.” 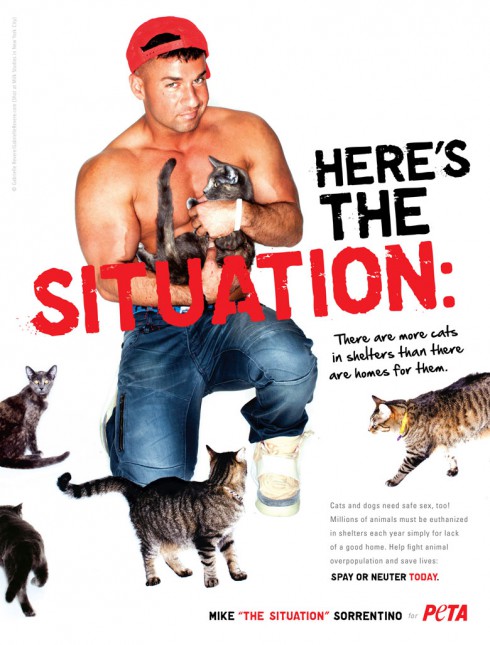 According to PETA, each year, 6 to 8 million abandoned, lost, or unwanted dogs and cats enter shelters and half are euthanized because of overcrowding. Those animals who aren’t taken to shelter end up homeless and often die of starvation, disease, or injuries sustained by other animals, vehicles, or even heartless people.

“There are millions of animals sitting in shelters waiting for good homes. If we spay and neuter our animals, it can help solve the overpopulation problem and its core,” Mike explains. “I encourage everyone to go on the PETA website to learn more about animal abuse and what they can do to help stop it.”

UPDATE – Here’s The Situation at a photocall in Times Square for the new PETA campaign! (Photo: Michael Carpenter/ WENN.com) 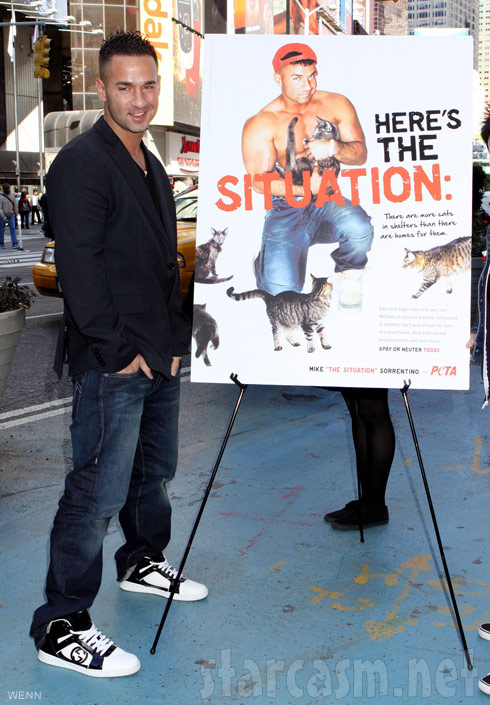 Oh, and just in case The Situation isn’t enough to motivate you to do the right thing, PETA has also incorporated another celebrity for the ads… HYPNOCAT! 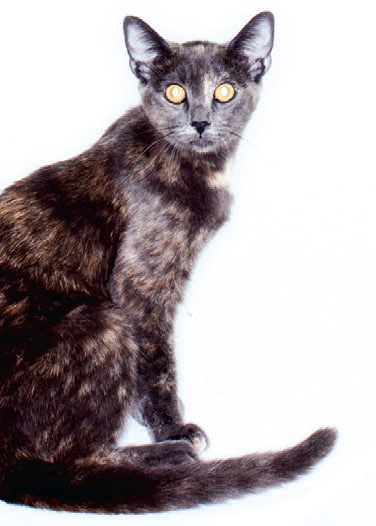 For more information, visit PETA’s official website here and take a behind-the-scenes look at his campaign below:

Dancing With The Stars premiere Spoilers!