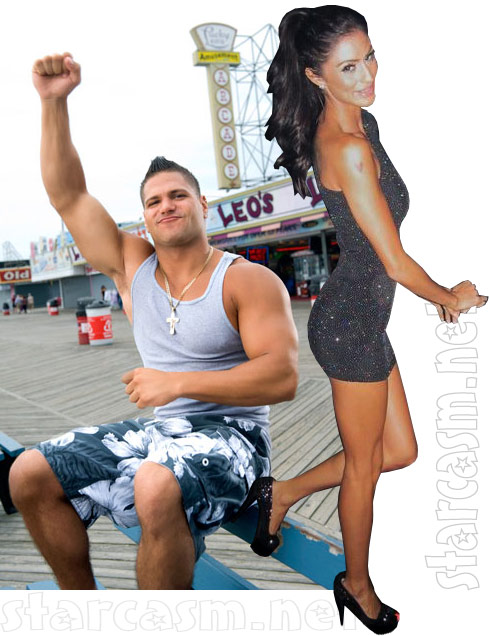 Earlier this week it was reported that Jersey Shore co-stars Ronnie Ortiz-Magro and Sammi “Sweetheart” Giancola had called it quits yet again, although we had no information about what lead to the split. Reports are now surfacing that the break up came just after Ronnie allegedly hooked up with Bad Girls’ Club star Morgan Brittany Osman!

Here’s a loooong look at the alleged smushee:

The fit hit the shan back on or around September 25 when Arian Marie Mayer, bombshell veteran from VH-1’s Tough Love, put Ronnie on blast by tweeting this message to Sammi:

So @MTVsammi I thought u should kno that @mtvronnie was f***ing my girl @Morganbritt724 last weekend n now they r at wet. Sorry

Needless to say, the tweet upset Ronnie a bit and he reciprocated by unleashing on Arian:

Arian_Marie is a stalker who got h.a.m by my boy dario nardis! Try to get mad bc her fish was old for my market

on my mom Arian has herpes she’s disgusting/trash and ****s dudes 4 money for a living .. My retweet !

@Arian_Marie Not my fault god hates u and a prisoner to cock.. Fight the urge! U kno ur worthless and cheap but ppl arnd don’t have to know

Arian followed that up by reportedly tweeting that Ronnie was tiny and that his wiener isn’t circumcised. (Arian don’t play y’all!) 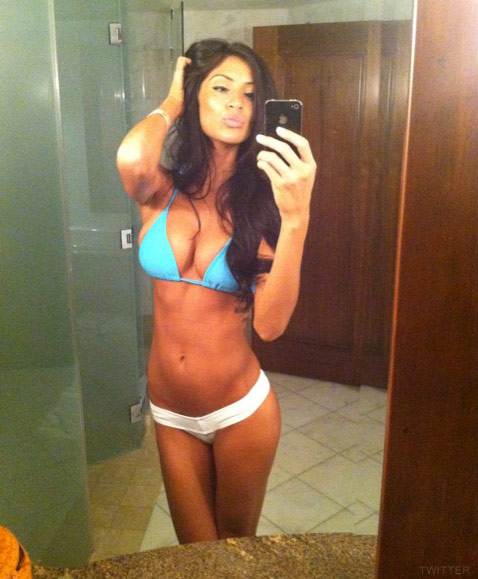 The whole thing might have blown over except for the fact that soon after all this happened, Sammi stopped following Ronnie on Twitter!

Arian Marie Mayer has since issued a statement of sorts to TheDirty.com in which she clarified what went down:

So the dumb *ss f*cked my friend a week ago and she is here in Vegas visiting me. I never hoooked up with Ronnie, he hooked up with my friend. I dropped her off at Wet Republic to hang out with Ronnie, while I ran some errands. I came back to meet up with her and a few friends I went to college with and Ronnie wouldn’t let me in their table because he said I was “Bad for his Image”. So I blew that ugly midgets spot up. P.S. they gave Ronnie a table behind the DJ Booth, he is so lame he doesn’t even get a cabana or a bungalow lmao.

So here’s the timeline:

On September 14 Ronnie Ortiz-Magro was hosting an evening at club Mansion in Miami, where Morgan Brittany Osman works. (You can see photos of Ronnie at Mansion that night HERE.) Morgan tweeted a photo earlier in the day with the caption “Off to werrrkkk” but the photo has since been deleted. BUT, she did tweet a photo the next night with the caption “#italianswag @Mansion_Miami” featuring her and a co-worker wearing short shorts, fishnet stockings and sexy little t-sirts that read “Italians do it better” with an Italian flag: 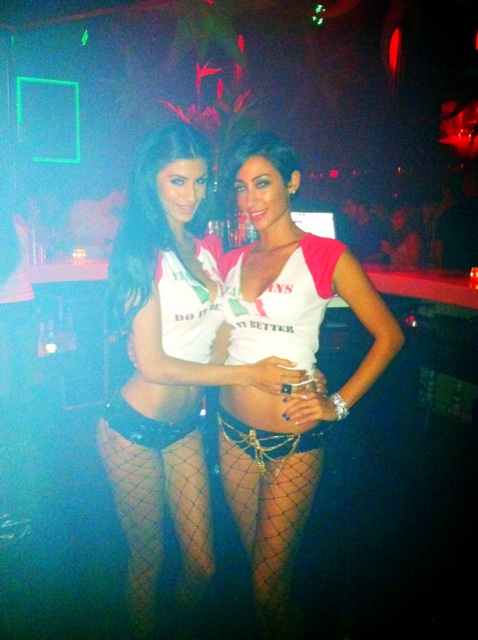 ^ Morgan Brittany Osman is on the left looking like she could do a lot of damage to a lot of relationships.

Morgan then booked a trip to Las Vegas to visit and party with her friend Arian Marie Mayer where she bumped into Ronnie again. Arian left the two of them together (with others) at a table at Wet Republic but when Arian returned Ronnie refused to let her sit with them. She got angry and put Ronnie on blast to Sammi Giancola on Twitter for his hook up from the previous week in Miami.

Soon after that Sammi stopped following Ronnie and the next thing you know Ronnie is saying they are no longer together.

Judging from everyone’s comments on various posts about the split all over the web, Sammi should look at this as a blessing and finally move on to someone willing to commit, even when there aren’t cameras around!