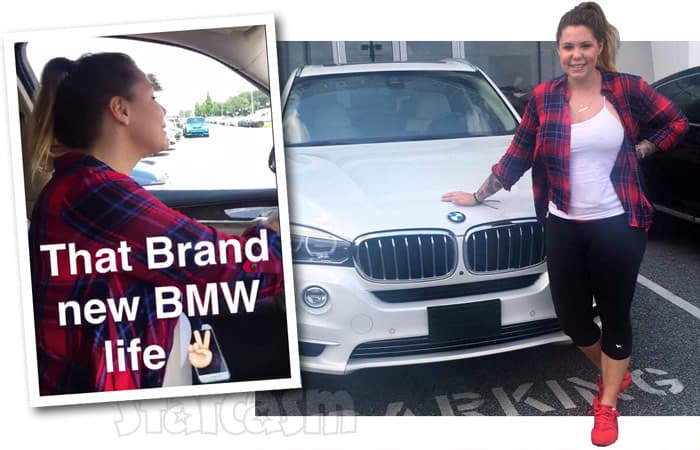 Teen Mom 2 star Kailyn Lowry is single once again, and the 24-year-old mother of two decided to sexify her whip game this weekend by trading out her Chevy Suburban for a BMW X-series! 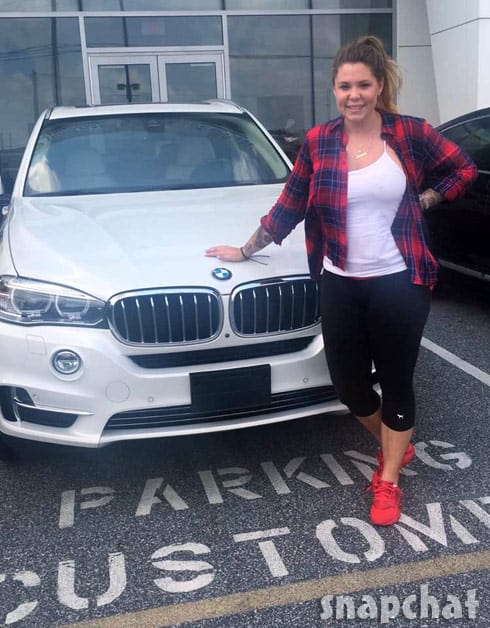 Kail shared her car buying experience on Snapchat with the photo above and this next picture showing off her new keys: 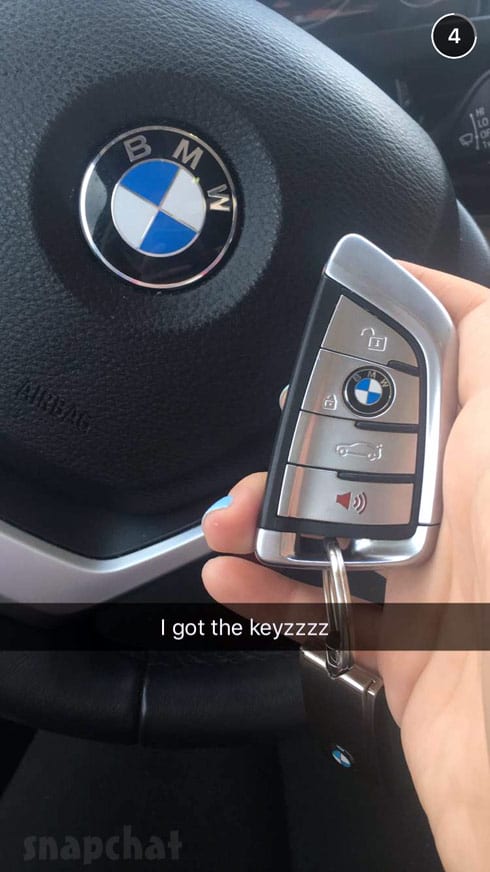 In addition to the photos, Kail had a friend riding shotgun who shared this video of Kail driving her new ride overlaid with the text “That Brand new BMW life ✌️”

I mentioned above that Kail traded out her Chevy Suburban, which she purchased about a year ago, but it appears that it actually went to Javi instead. He shared this next photo on Snapchat that seems to suggest he now has primary custody: 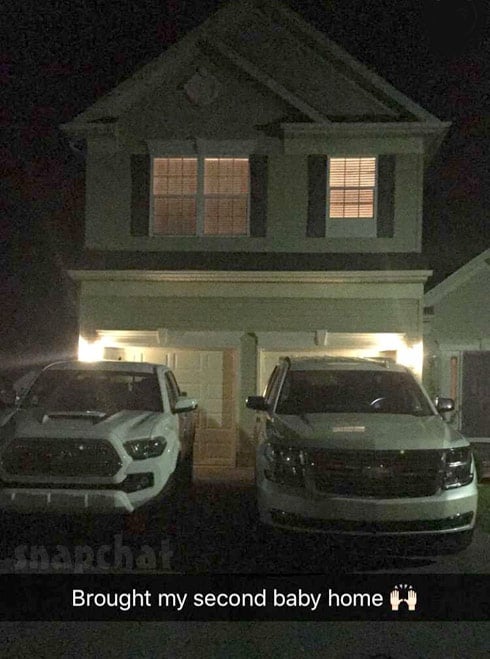 There’s no doubt that MTV’s Teen Mom and Teen Mom 2 stars have lots of drama and craziness in their lives, but DAMN their vehicle games are on fleek! Someone needs to start a website called “The Whips of Teen Mom” or something like that to collect together all the BMWs, Mercedes, Humvees, Teslas, Corvettes, motorcycles, etc. in a virtual showroom. (Me, I’ve always been partial to Chelsea Houska’s orange VW Bug, although a valid argument could be made for the pink Princess Mobile driven by Gary Shirley and Amber Portwood’s daughter Leah.)