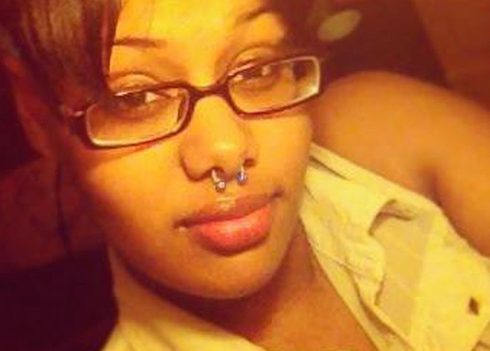 Tiona Rodriguez, the New York teen mom who rose to true crime infamy after being discovered shoplifting at Victoria’s Secret with the newborn she’d just killed hidden in her bag, has been sentenced to 16 years in prison on a reduced charge.

The New York Daily News reports that Tiona Rodriguez, who was discovered with the corpse of her day-old son on October 17, 2013, “struck a deal in Manhattan Supreme Court that got her the reduced sentence for pleading guilty to manslaughter.”

Rodriguez, who was 17 at the time she committed her crimes, also “shook her head and declined to speak when offered the chance.”

The Post had previously reported that Rodriguez told authorities she delivered her unnamed son at her friend’s Queens apartment on October 16th, 2013, “and immediately smothered the child.”

After that, Rodriguez sent a text to an undisclosed person saying she wanted to “take this s— and dig a hole, put it somewhere, lol, then we go eat IHOP.”

(Tiona Rodriguez’s case also revealed that her only surviving child was two years old at the time she was arrested. In 2012 she gave birth in a bathtub to what would have been her second child — but that child also died under unexplained circumstances. After its death, Rodriguez texted her boyfriend, telling him, “It’s dead.”) 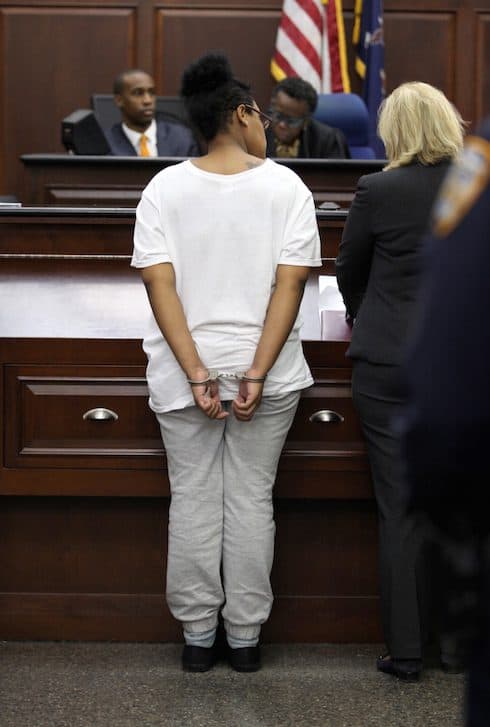 Tiona Rodriguez in Manhattan criminal court for her arraignment on October 19, 2013

The day after smothering her newborn in 2013, Rodriguez and the friend went to Victoria’s Secret, where a guard detained her after suspecting Rodriguez was a shoplifter. Along with a $44.50 pair of skinny jeans, the guard found Rodriguez’s son’s 8-pound corpse in the bag.

In 2016, Rodriguez spoke to Vice about her case. She told the magazine that her third child was stillborn, and that she’d had never even known she was pregnant in the first place: the etonogestrel rod that Rodriguez had implanted in her upper arm is, per Planned Parenthood, an “almost mistake-proof” form of birth control, and that “fewer than 1 out of 100 women who use” it will get pregnant.