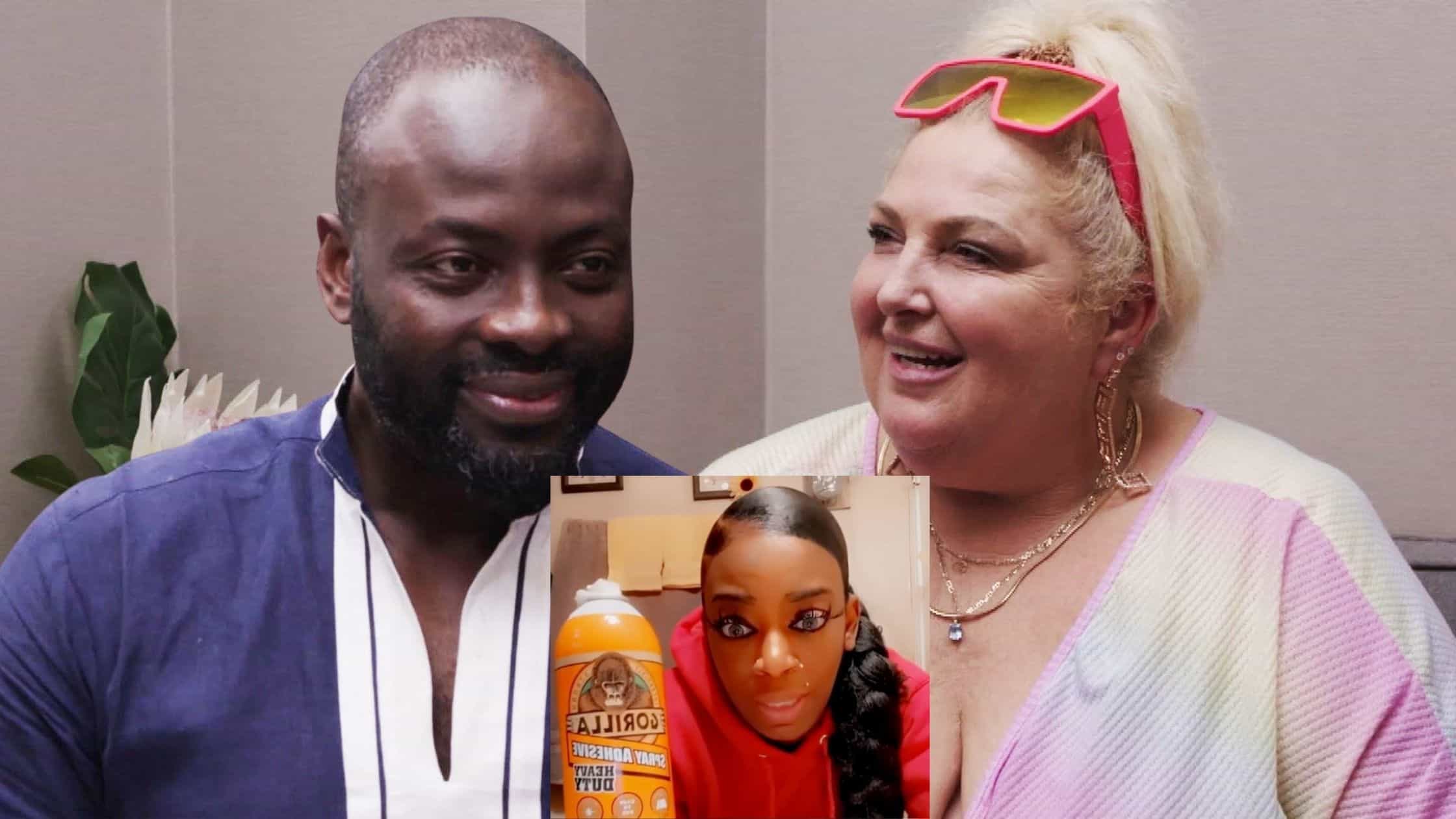 On this season of 90 Day Fiance: Happily Ever After, Angela Deem undergoes 2 surgeries. She wanted to go ahead with a third, a facelift, but was denied because she refused to quit smoking. She did, however, undergo bariatric surgery, and then a breast reduction and lift by Dr. Michael Obeng on the same day.

Usually, a surgery like a breast lift and skin removal doesn’t occur until significant weight loss from the bariatric surgery has occurred, but it seems as if this might have been a gratis package deal for Angela. She has the same manager, Gina Rodriquez, as Gorilla Glue Girl Tessica Brown, and it turns out, she has the same plastic surgeon as well: Beverly Hills’ Dr. Michael Obeng.

Her bariatric surgery was performed by Dr. Samuel Kashani. A third doctor, Dr. David Saadat, denied giving her a facelift withint the same time frame of the other two surgeries because Angela refused to give up her smokes.

Dr. Obeng famously came up with the recipe to save Tessica Brown from the situation she found herself in after applying Gorilla Glue to her head when she ran out of hairspray. The magic concoction was: medical grade adhesive remover, aloe vera, olive oil a bit of acetone.

He then followed up by giving Tessica a full “mommy makeover” including a breast lift, breast implants, and liposuction. She also received some fact injectibles from a different professional. During a pre-surgery exam, Dr. Obeng found lumps in her breasts. Thankfully, they were benign. Tessica, who is currently expecting her sixth child, was able to go forward with her mommy makeover after being found cancer-free.

Angela flirted with Dr. Obeng during her consultation, but their acquaintanceship didn’t end on the operating table: there is footage online of Angela attending Dr. Obeng’s birthday party, which may be featured on the show.

A post shared by 90 Day The Melanated Way (@90daythemelanatedway)

One point of contention with Dr. Obeng is that he promised Angela and her husband Michael, that he would only remove one pound from each breast, but he proceeded to removed 2.5 pounds. She was initially upset with her smaller chest, but Dr. Obeng told her that one pound had simply not been enough. It seems like after she healed Angela was happy with the results, but it still seems a bit deceptive.