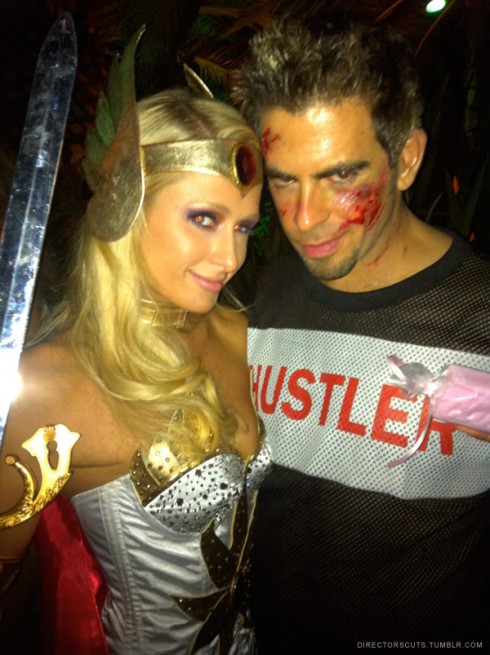 We shared some great images of Paris Hilton attending a Halloween party Saturday night as She-Ra, but that was only the beginning of the Old Hallow’s Eve festivities for a carpe diem dame like Paris!

(That’s Paris Hilton as She-Ra above with Eli Roth dressed as Tyler Durden from Fight Club. Eli tweeted the photo along with the caption “Photo: Tyler and She-Ra @ParisHilton having a bonding moment over our pigs…which both weigh over 150 pounds… “)

After her She-Ra party Paris joined pals Farrah Brittany and Cari Sladek for some “raging at the Roosevelt Hotel” before heading out on Sunday to Universal Studios’ 2011 Halloween Horror Nights! 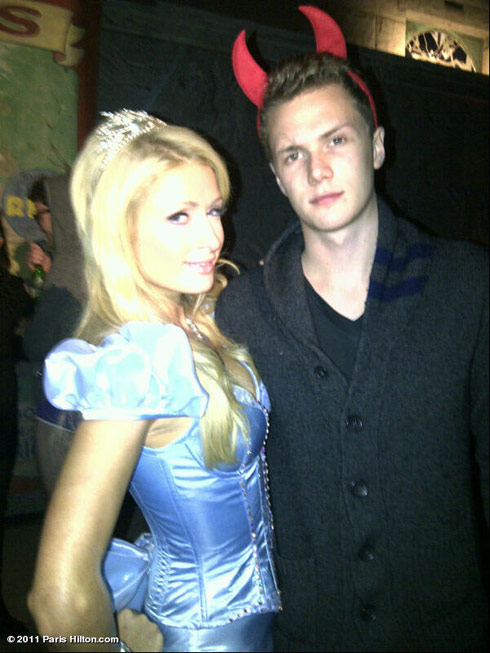 Paris swapped out her She-Ra duds for a powder blue Cinderella costume during her Universal escapades alongside her brother Barron Hilton, hottie Vanessa DuBasso, Nick van de Wall, and Cari Sladek. Paris shared the above photo via Twitter with the caption, “My brother @BarronHilton is such a handsome devil 😉 What do you guy’s think of my Cinderella costume?” 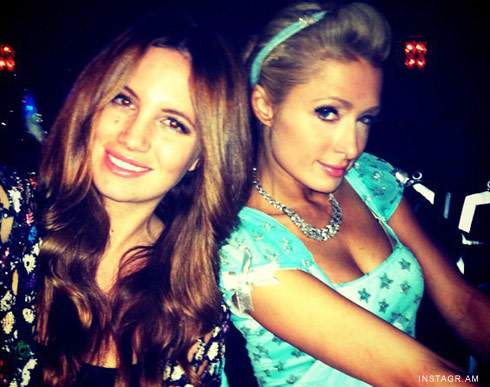 At Universal Studio’s with my Halloween Crew. So scary and so much fun! 8 Haunted Houses! #YES! 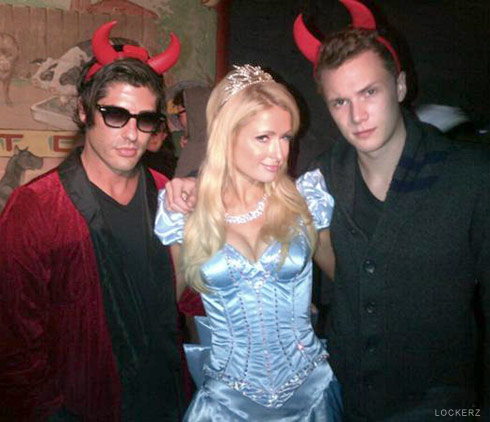 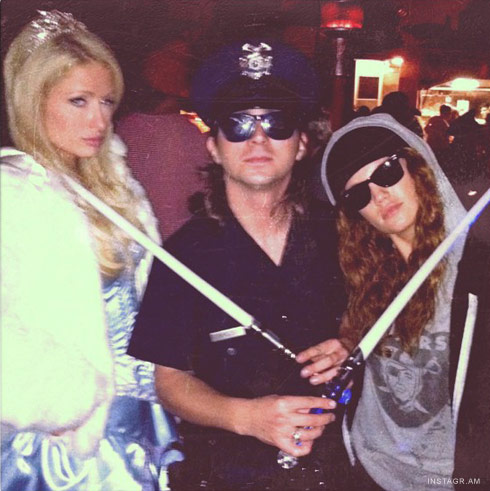 After Universal Studios, Paris and pals kept the party going until early Halloween morning at The Music Box. Paris tweeted the next day:

@KobiMusicBox, thank you for an amazing night at your club! @DJAfrojack took over Los Angeles! I’ve never seen people dance like that in LA!

Here’s Paris Hilton posing with DJ Ruckus at some point during the weekend: 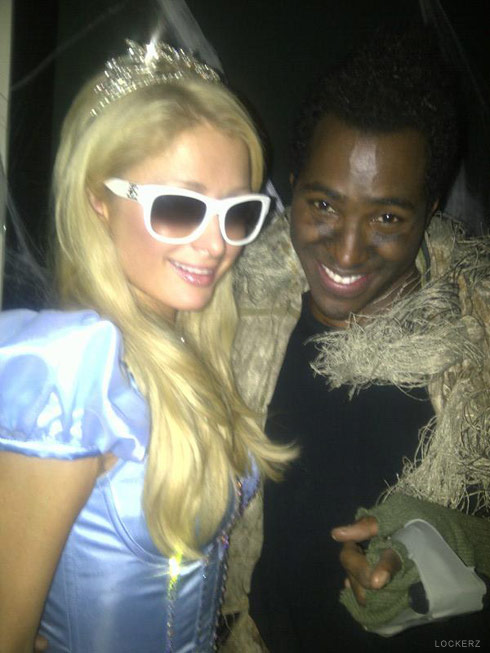 At some point over the last few days (the timeline isn’t quite clear) Paris returned to Universal studios in a bright green Tinkerbell costume! And at some point Paris and her friends went for a ride on The Mummy Returns roller coaster, during which a camera snapped what could very well be my favorite Paris Hilton photo of all time! 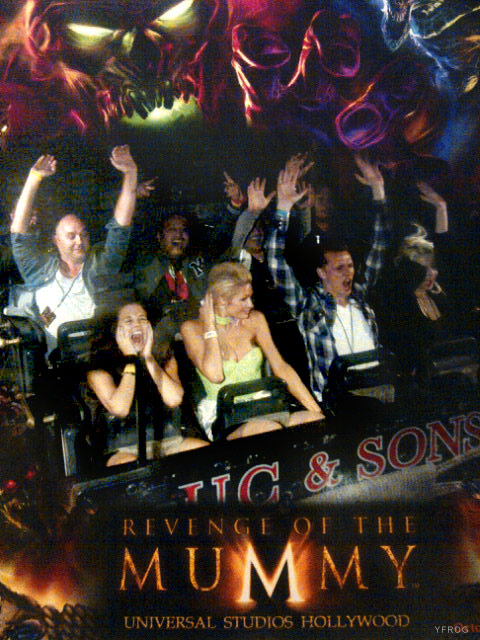 Talk about class! Look at Tinkerparis completely maintaining her composure as all the other less camera savvy folks lose their minds! I guess when you’re life is a wild roller coaster ride the real thing isn’t quite as frightening 😉

Paris also took time to pose with some of her abhoring fans: 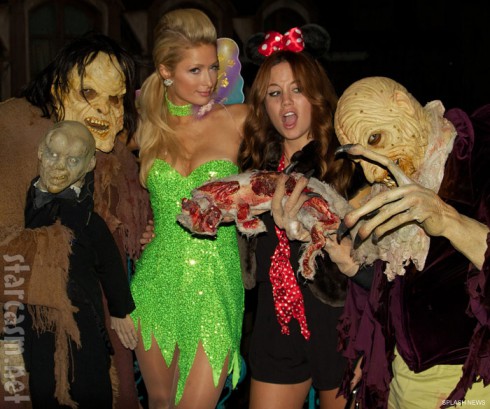 Paris wrapped up her Halloweekend escapades by shopping along the Venice Beach boardwalk Monday night before “hanging out in The Hollywood Cemetary.” What a party ghoul!

I lie dreaming about spending Halloween weekend partying with Paris, but I know I would last about a day and a half before passing out. Still, I’d really like to try!