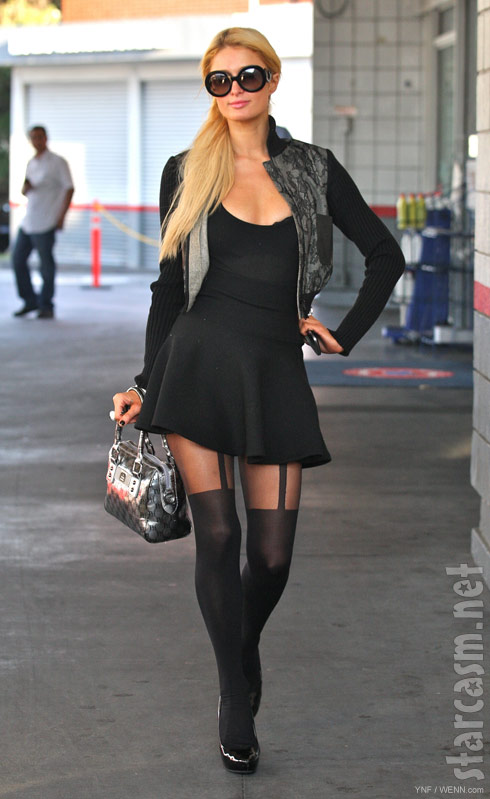 Fun fashionista Paris Hilton flashed some fierce faux garters as she popped in to a Los Angeles gas station earlier today. Completing the flirty ensemble was a flared little black dress, a lace-patterned gray and black sweater jacket and a pair of Prada sunglasses.

The look has a similar feel to what Paris wore on the cover of the February issue of FHM: 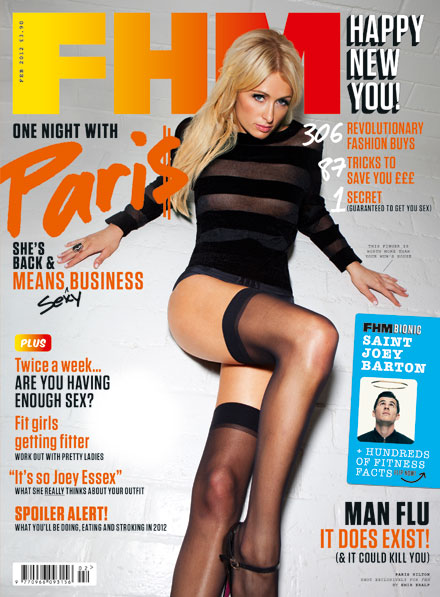 And speaking of FHM, here’s a behind-the-scenes video of Paris Hilton’s photo shoot for the magazine in which she sports some other racy attire, including an adorable set of black undies with white hearts. (This is turning into an all out Paris party post, y’all!)

And just in case you thought Paris Hilton only looks fierce and fabulous on magazine covers, in front of video cameras, and at gas stations, here’s a picture from the 1 OAK Nightclub’s grand opening Friday that should serve as a reminder that no one can rock the red carpet like PH! 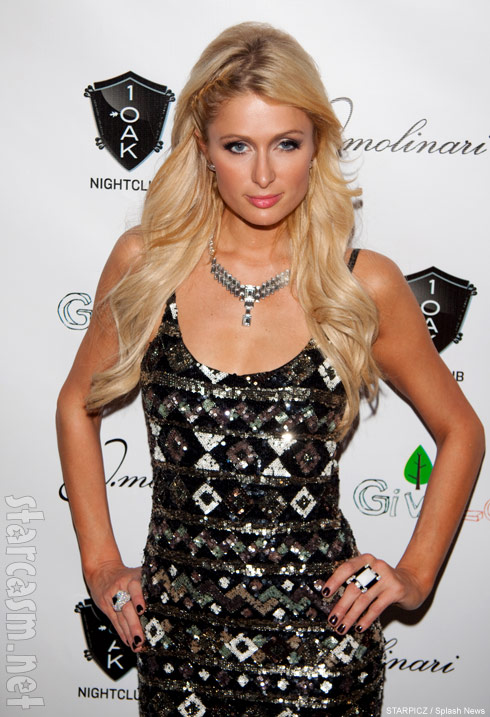 [My apologies – it had been a while since we reminded everyone how fierce Paris is and we had a lot of catching up to do!]