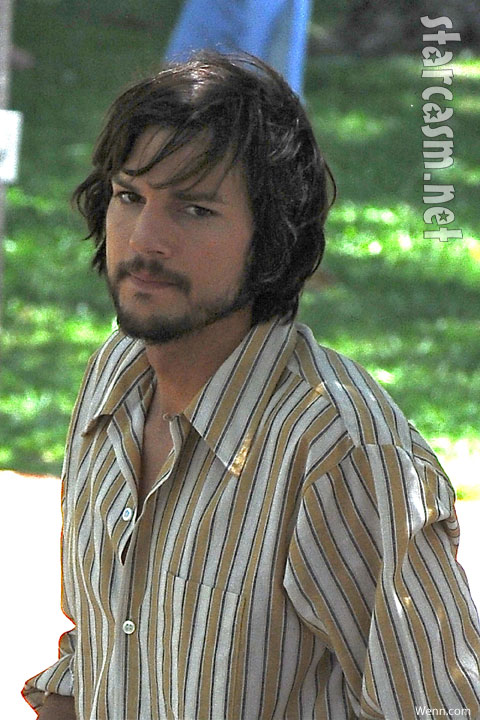 Here’s Ashton Kutcher on set in character at the title character in the Steve Jobs biopic, tentatively titled Jobs: Get Inspired. Turns out all it took was for Ashton to grow a beard for him to look EXACTLY like the late technology visionary.

The film follows Jobs in the early years of Apple from 1971 to 2000, when he came back on as CEO after being fired from his own company in 1985 (in the interim he helped create Pixar, so we all won out from that dark period.)

We may not get to see any iPod action, but we will get to see a depiction of Jobs’ admitted drug use. Jobs was particularly fond of LSD, which newly released government documents reveal he admitted to taking 15 times between 1972 and 1974. He filled out this information for a government security clearance and said that the drug completely changed his life.

“It was a positive life changing experience for me and I am glad I went through that experience.”

During that time Steve was also really into pot brownies.

Here’s another side-by-side of Ashton Kutcher and Steve. 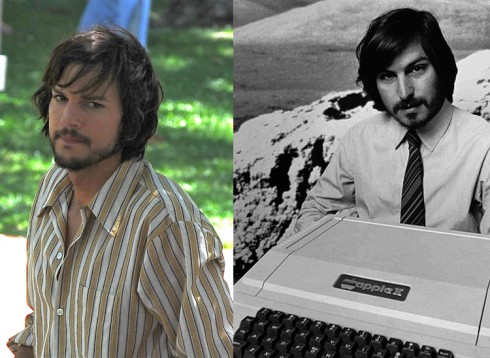 Not only was Ashton awarded this plum role because he looks like Jobs (and can look like both a younger and older Jobs easily,) but because producers felt he could really handle the “psychological complexity” of the role. He’s also a huge Apple and technology geek, and felt connected to the script when he read it.

Producer Mark Hulme noted: “He is a Steve Jobs and Apple fan, and is technologically savvy, as well, so he recognised the historical importance of Steve Jobs and the potential of the project. He is very excited to have the role.”

They actually filmed the early days of Apple in the same garage and Jobs and Steve Wozniak used to launch their crazy little start-up company in the early 1970s. Ahna O’Reilly plays’ Jobs’ high-school girlfriend Chris-Ann Brennan, the mother of Lisa, the daughter he denied paternity of for some time. Jobs later forged a strong relationship with his daughter, even naming the first Apple personal computer after her.

The movie will also no doubt also cover some of Jobs’ other romantic forays, which included the likes of Joan Baez and Diane Keaton. 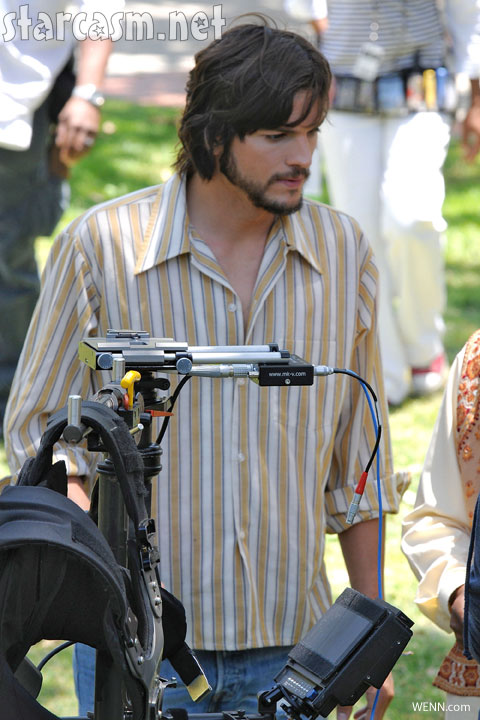 Ashton Kutcher tweets mathematical Two and a Half Men confirmation?