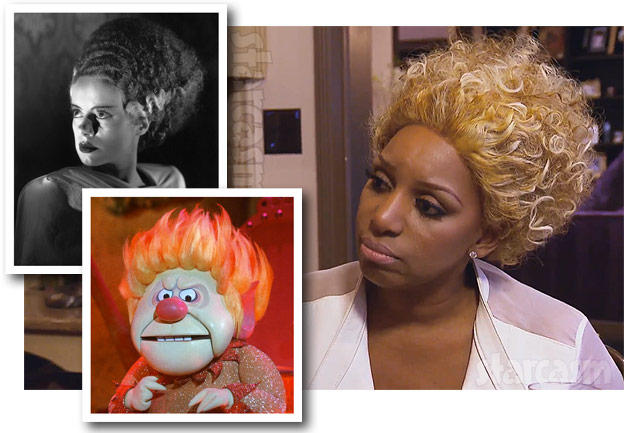 The Real Housewives of Atlanta‘s NeNe Leakes is no stranger to making hairdo headlines, but her look on this Sunday night’s episode while chatting with Phaedra Parks may just very well break the internet.

Here’s the preview clip in which NeNe Leakes’ hair does ALL the talking for her — at least in the beginning: 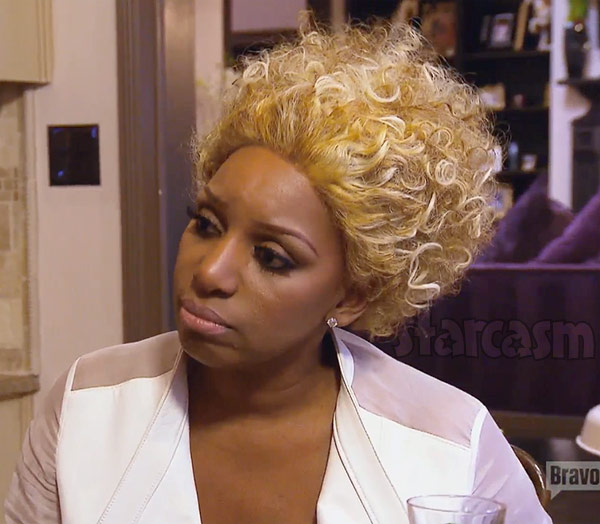 Never one to back away from much of anything, NeNe has already addressed her look head on. “Ok Ok I learned my lesson!” NeNe wrote on her website after the preview clip first aired on Bravo. “I’ll just stick 2 short hair!” She shared these photos of her blonde Bride of Frankenstein look showing how it looked before and after: 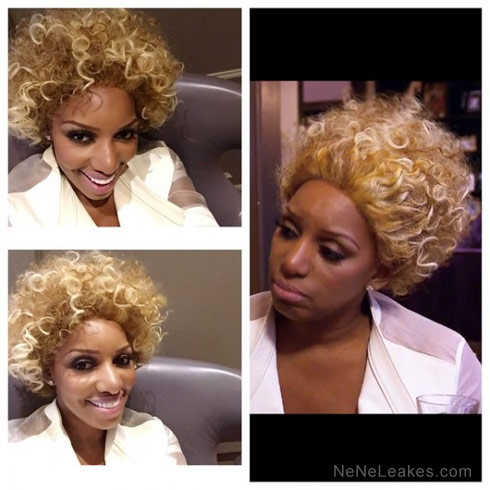 “I just had 2 post this!” NeNe said of the photos. “I just bursted into laughter while watching some up coming housewives footage! trying to figure out how my hair went from the pictures on the left to the picture on the right! Oh I remember but nevermind, let’s just laugh together! LOL LOL PS: you know, I know exactly who I am so I can ALWAYS laugh at myself!”

NeNe iterated her humility and sense of humor a few days later by reposting the photos above along with some other “before shots” and another hilarious caption: 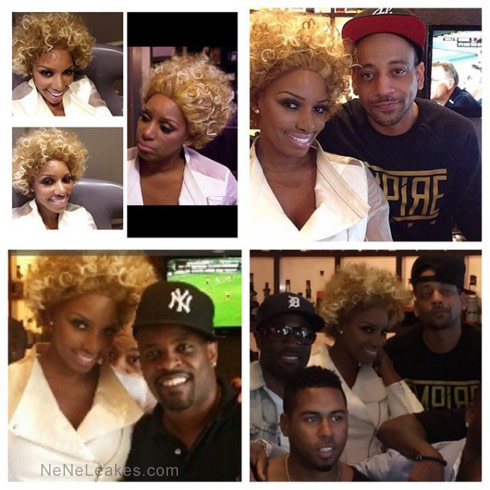 Excuseeee me while I clear my throat! You know I’m the kind of girl that can laugh at myself any day and trust me I did! I actually fell out laughing chile! Just for those of you that keep asking… my hair was for a 90′s group of HOT men that I had been working with all day on a new project (yes getting that CHECK). When I got the call that Phaedra was upset and needed to talk, I dropped everything and ran to her side because that’s the kind of chick I am…ask The Pink Panther!

NeNe’s look has already drawn inevitable “Who wore it best?” comparisons with the Bride of Frankenstein and the Heat Miser, and after Sunday night’s episode I’m sure there will be more. Until then, let’s just all sit back and admire the Bride of Gregg Leakesenstein in all of her frizzy blonde blowout glory in an infinite affirmative loop courtesy of an animated gif:

The Real Housewives of Atlanta airs Sunday night at 8/7c on Bravo.