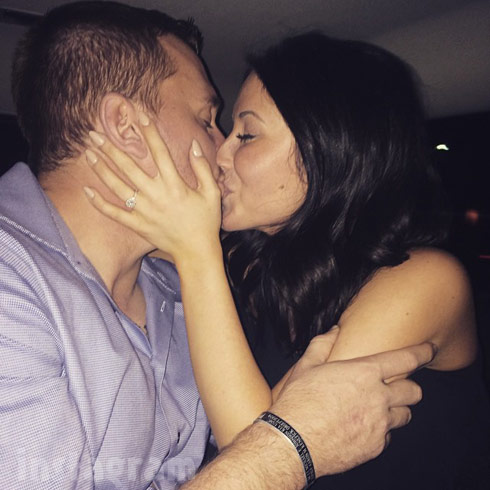 I think Sarah Palin will DEFINITELY approve of her future son-in-law! Dakota Meyer, a former U.S. Marine who is only the third living recipient of the Medal of Honor since the Vietnam War, and the first living United States Marine in 41 years to be so honored, proposed to Bristol Palin this week during a Rascal Flatts concert, and she said yes!

Bristol (and Dakota) went online to share their excitement and photos. Bristol shared the photo kissing Dakota above on Instagram and wrote, “Truly the luckiest girl in the world, cannot wait to marry this man!!!!” She then posted a photo of her rather sizable engagement ring and captioned it with just a string of heart emoji: 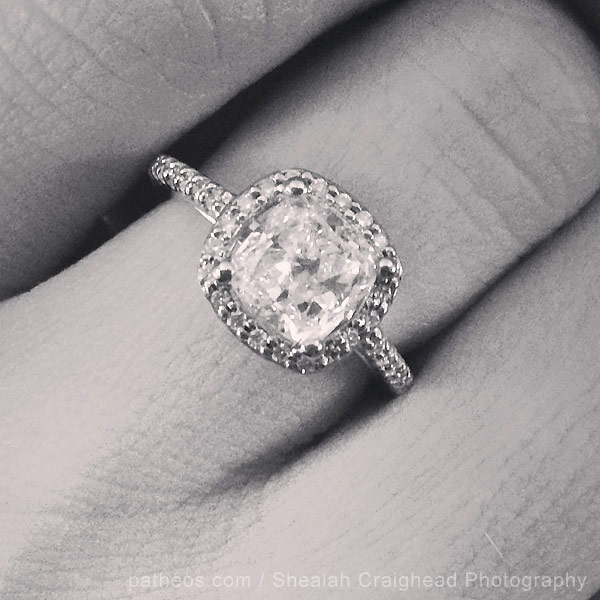 Dakota also showed he has a softer side when he posted this next photo of the two of them on Instagram and captioned it with, “I’m definitely the luckiest guy ever to be able to spend the rest of my life with @bsmp2 #shesaidyes” 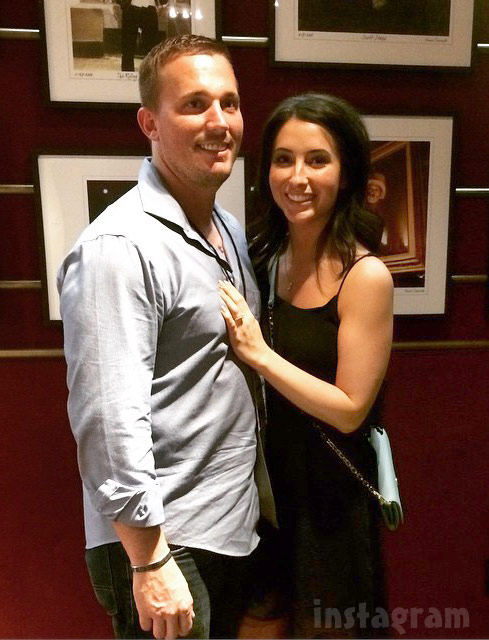 So how did the proposal go down? Bristol talked about the romantic gesture on her website revealing that Dakota proposed to her during a Rascal Flatts concert. “The lead singer, Gary LeVox, dedicated ‘Bless the Broken Road’ to us, and then Dakota got down on one knee and proposed!” Bristol wrote.

Bristol also shared a little background info on how she and Dakota met, and it was all thanks to the magic of reality television! “Dakota came to Alaska to film Amazing America with my mom last year,” Bristol says. “He met Tripp [Bristol’s 6-year-old son] during that time, and I’ve seen him in a few places where our paths have crossed since.”

Here’s a photo of Bristol, Dakota, and his future mother-in-law Sarah Palin: 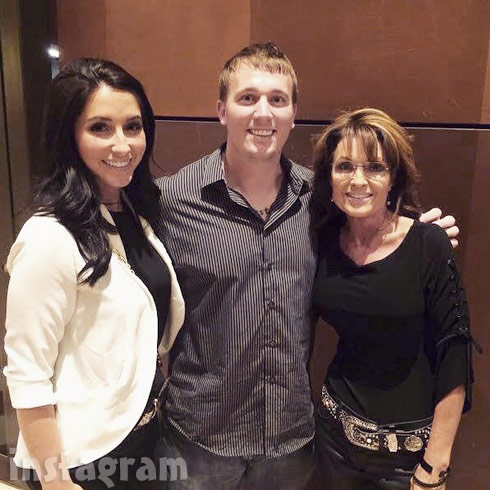 Mother-in-law-to-be Sarah (who is lookin’ mighty trim!) took to Twitter to share the announcement with her followers:

And Bristol is no stranger to Dakota’s family either. She wrote on her website, “I’ve visited his wonderful family in Kentucky.”

And just in case you needed more convincing that Dakota is a great catch, check out his AMAZING “About Me” from his website:

Dakota Meyer is the third living recipient of the Medal of Honor since the Vietnam War, and the first living United States Marine in 41 years to be so honored.

Born and raised in Columbia, Sgt. Meyer enlisted in the United States Marine Corps in 2006 after graduating from Green County High School. He completed his basic training at Parris Island Recruit Training Depot later that year.

In September 2011, President Obama awarded Sgt. Meyer the Medal of Honor — the highest military decoration awarded by the United States government – in recognition of his acts of extraordinary valor on Sept. 8, 2009. Over the course of a six-hour firefight, without regard for his own personal safety, Sgt. Meyer repeatedly braved enemy fire in eastern Afghanistan to find and save fellow members of his embedded training team.

Sgt. Dakota Meyer completed his active duty in 2010 and now serves in the Individual Ready Reserve of the U.S. Marine Corps Reserve. Since returning to civilian life, Sgt. Meyer continues to work to tell the stories of the Marines with whom he served.

Something tells me if Dakota and Levi Johnston were the two finalists on The Bachelorette Dakota would get the final rose. Every time.

Congratulations to Bristol and Dakota!