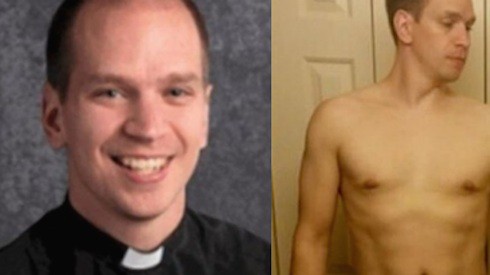 Matthew Makela is looking for a new job. The former Lutheran pastor (and possible former family man) has been booted from his job after his profile on gay dating app Grindr went viral. Queerty was the first to report on Makela’s Jekyll-and-Hyde personas, and noted that the Reverend’s since-deleted profile on the St. John’s Lutheran Church and Schools website listed “family, music, gardening, home improvement, and sports” among his external interests. 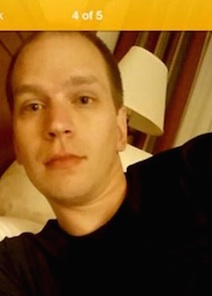 From the pulpit, Maleka was an active condemner of homosexuality. A recent post from his since-deleted Facebook profile read: “Changing the culture begins with changing our own culture of marriage and family, taking the marriage union with the utmost seriousness and welcoming children in our churches.”

This was at the same time that one exchange between Maleka and an anonymous man on Grindr concluded with the Reverend saying “I love making out naked. Oral and massage. And I top. Also love to cuddle.”

On a related note, Maleka is also an outspoken opponent of the transgender movement. As recently as two months ago, he took to Facebook to complain about transgender rights:

The transgender movement is going to assist opportunistic sickos in preying upon children and others. How can business owners and the authorities prove who is a man who identifies as a woman vs. a man who wants to prey upon girls and women in their restroom or locker room?

St. John’s has urged its congregants to avoid reading anything about Maleka, and has begun eliminating any trace of him from its own web presence.