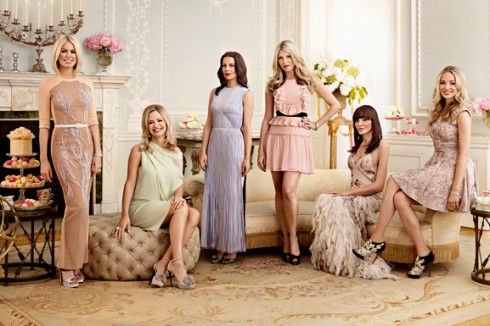 This summer, Bravo’s diversifying its lineup with Ladies of London. But, don’t expect this to be any ol’ Housewives show… Ladies of London is produced by BBC Worldwide Productions and informally pits well-established British socialites with wealthy American expats who hope to gain respect in their new city.

The scenario is definitely prime for drama. As London native Caroline Stanbury says in a preview, “If you not from here, well then, you’re just royally screwed.” 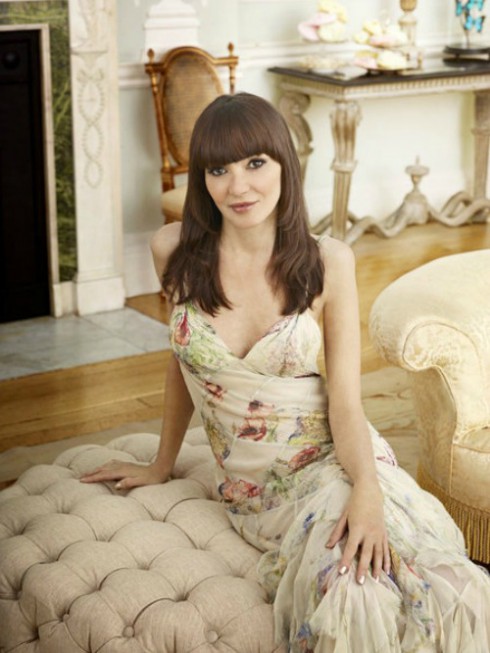 From Bravo: Model and London socialite, Annabelle Neilson is a fixture in the international party circuit. Born into a wealthy aristocratic family, she grew up in South London. For over 20 years, Annabelle was muse and best friend to the late designer, Alexander McQueen and continues to run with the hippest crowds in London. Her friends include Kate Moss, Jude Law, Naomi Campbell and Richard Branson to name a few. Her sense of adventure has taken her all over the world including riding across Australia on a motorcycle, driving a rally through the Himalayas and more recently horse racing. She is an author of a children’s book and is penning a novel on her friendship with McQueen.

Extra credit: Annabelle was married to billionaire Nathaniel Rothschild, but reportedly agreed never to discuss their union as per a divorce settlement. 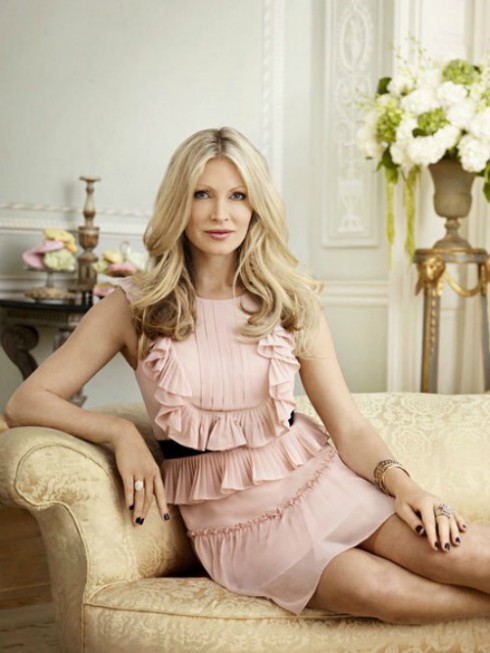 From Bravo: Originally from Hacienda Heights, California, Caprice moved to London in her early 20s to pursue her dream of becoming a model. Within months, her dream came to fruition and has since become one of the world’s most photographed women. She has graced over 300 magazines across the globe including Vogue, Esquire, Maxim, Cosmopolitan, among others, and was voted GQ’s “Woman of the Year” and Maxim’s “International Woman of the Year” three years in a row.

In addition to modeling, Caprice has appeared in over 150 films and television shows as well as numerous theatrical productions in London’s renowned West End theatre district where she played lead roles in The Vagina Monologues, Rent and the hit show Debbie Does Dallas The Musical, a show which she also produced. Currently, Caprice runs her own company, By Caprice, that includes a line of lingerie, swimwear, nightwear and bedding. Caprice uses her own success and life experiences to empower and inspire through motivational talks she gives to college students, entrepreneurs and CEOs. An avid philanthropist, she has raised hundreds of thousands of pounds for her selected charities including Women’s Trust, Princes Trust and Childline. In 2011, she met the love of her life Ty Comfort, and together, they have two children Jett and Jax.

Extra credit: After several miscarriages and failed rounds of IVF, Caprice and her husband turned to a gestational surrogate to carry their child. One month later, Caprice discovered she was naturally expecting another baby. The two boys were born one month apart in Summer 2013. 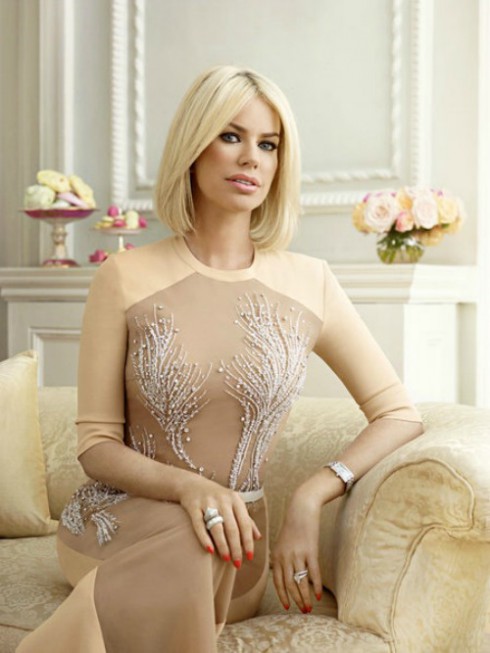 From Bravo: Caroline Stanbury is no stranger to London’s high society. Born into the Vestey dynasty, she continues to rub shoulders with royals, celebrities and the elite alike. Caroline started her career as a top personal stylist, making a name for herself dressing London’s most glamorous socialites. In 2008, Caroline put on her entrepreneurial hat when she launched Gift Library of Caroline Stanbury, a successful luxury gifting and personal shopping service. In less than five years, Caroline has expanded her empire with three stores and over 53 employees. Her most recent acquisition, The Wedding Shop of Caroline Stanbury, is the leading independent wedding list service in the UK and Ireland and will become a one-stop destination for brides. Caroline lives outside of London with her financier husband Cem Habib, their three children and their dog Buster. 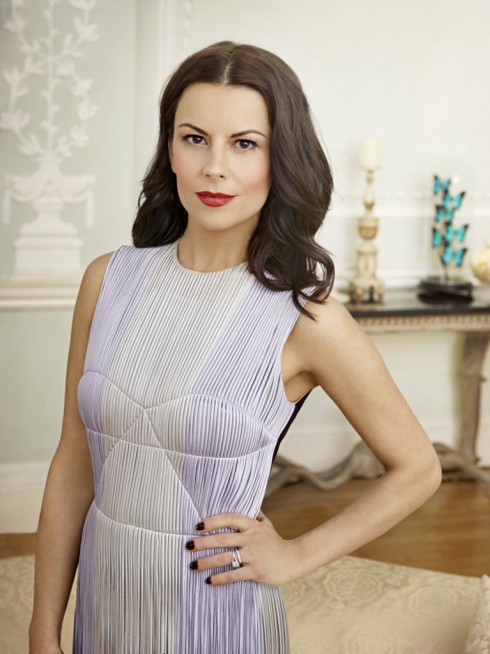 From Bravo: Born and raised in Chicago, Illinois, Juliet Angus made her mark on London’s social scene by way of Hollywood when she moved across the pond in 2010. When she lived in Los Angeles, Juliet ran with Hollywood’s A-list and called many celebrities her close friends. An aspiring newscaster and actress, Juliet completed her Bachelors of Arts in Broadcast Journalism at the University of Southern California (USC). A self-proclaimed fashion addict, Juliet works in fashion PR with some of the best designers in the world and leverages her relationships with stars, designers and stylists. She lives in Battersea, South London with her media executive husband, Gregor Angus and their two children. 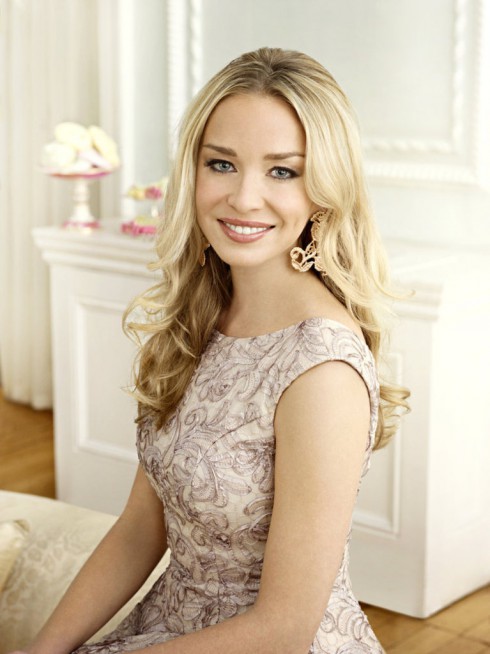 From Bravo: Born and raised in Seattle, Washington, Noelle Reno quickly realized she would never live the life she fantasized about unless she created it for herself. At the age of 14 she started modeling internationally. At 20, Noelle moved to London to pursue her fashion and media career. Since then, Noelle has become a fashion entrepreneur, television correspondent, and socialite. She is also the co-founder of the cashmere fashion brand, Degrees of Freedom and has partnered with celebrated fashion designer, Zandra Rhodes to found the clothing line, Z by Zandra Rhodes. Noelle’s success has allowed her the freedom to pursue other passions such as writing, blogging and public speaking. She contributes regularly to a variety of publications and speaks publicly for the likes of the British Fashion Council. Noelle holds a Bachelors of Arts in Communications from the British American College of London (Regents Park). In 2009, she began dating Scot Young, a property entrepreneur whose recent high-profile divorce has kept them both in the spotlight.

Extra credit: Noelle’s boyfriend, Scot Young, is involved in what The Independent calls one of the “most acrimonious divorce battles that Britain has ever seen.” He was jailed in 2013 and is accused of faking bankruptcy to avoid paying his ex-wife. 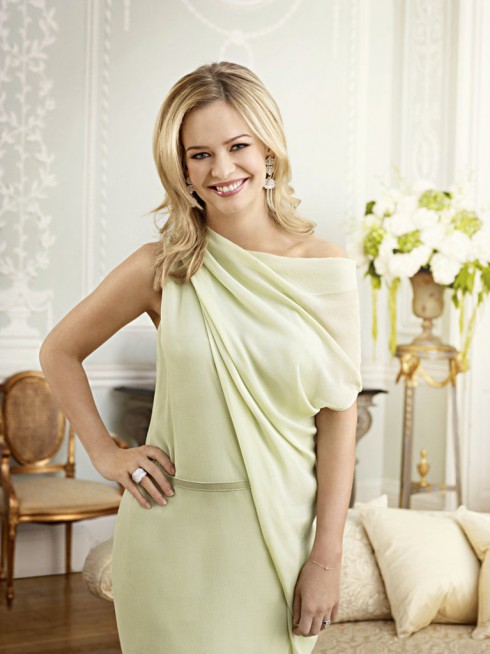 From Bravo: Born in Laguna Beach and raised in Newport Beach, California, Marissa moved to London after graduating from Middlebury College in Vermont to start a public relations career. After jump starting her profession, Marissa moved to New York to work for fashion luxury powerhouse Nadine Johnson and later Syndicate Media Group and helped Ian Schrager launch a number of fashion, luxury restaurants and nightclub brands. While in New York, Marissa reconnected with London nightclub owner and restaurateur Matt Hermer and shortly thereafter, moved back to London in 2008. She married Matt in 2010 and together they have two sons. Marissa uses her own luxury public relations expertise to grow the family business, the Ignite Group, a food, beverage and entertainment business that operates in London and internationally.

Extra credit: Rihanna, Lady Gaga and other major celebrities frequent the Hermer’s nightclub, Bijous, when they are in London.

Ladies of London is set to premiere on Bravo in June.