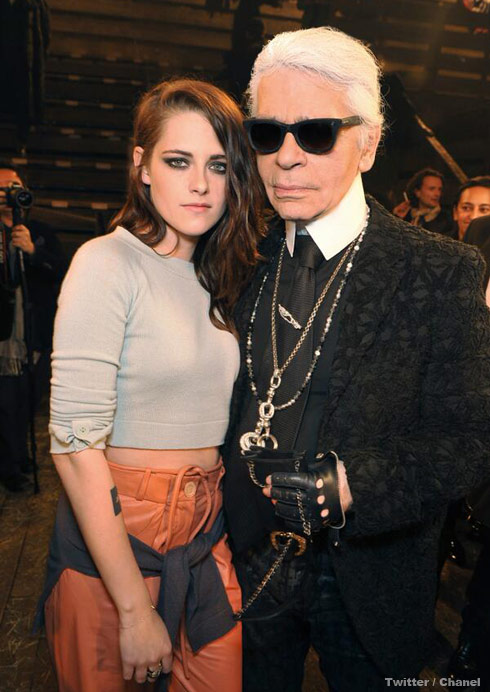 Fashion designer Karl Lagerfeld has tagged actress Kristen Stewart as the new face of his world-famous fashion brand Chanel. The 2013 Métiers d’Art Paris‐Dallas collection campaign was shot by Lagerfeld personally and is slated for a May 2014 release.

Stewart attended the latest Metiers d’Art show Tuesday night in Dallas. The Twitter feed for Chanel revealed the news along with the above photo showing Stewart in high-waisted orange leather trousers with a cropped long-sleeved top. “Kristen Stewart is the face of the next 2013/14 Métiers d’Art collection ad campaign,” the tweet read.

Lagerfeld and Stewart are friends, having first met when the Breaking Dawn star appeared in a 2012 Paris fashion shoot, where she was photographed donning Chanel Couture.

In the following photo from Kristen’s appearance at the July Chanel Haute Couture fashion show in Paris, Stewart is seen wearing a Lagerfeld-approved combination of black and white, accessorized with short shorts and biker gloves. 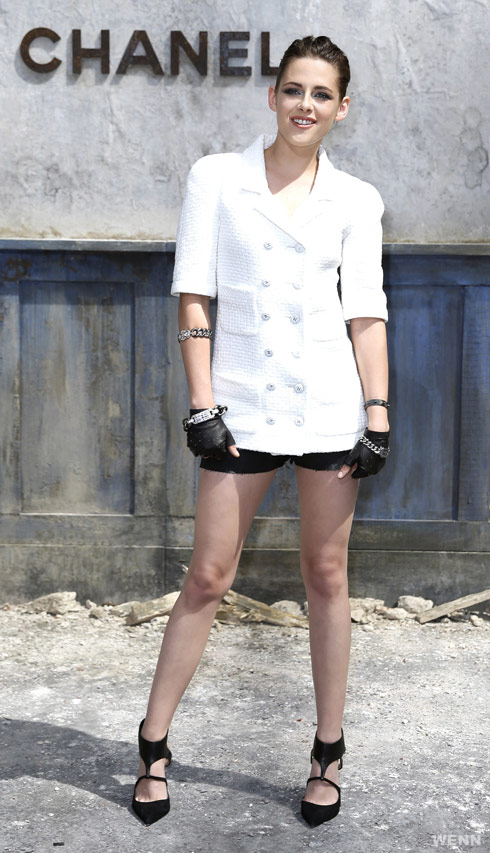 Stewart follows recent celebrities Blake Lively, Diane Kruger and Brad Pitt as faces of the brand. What do you think of K-Stew teaming up with Chanel?

It all began with a dream: The inspiration for Stephanie Meyer’s ‘Twilight’