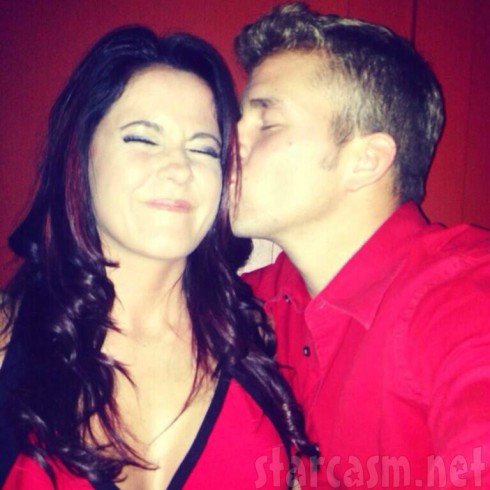 As I write this, it seems the only two people who haven’t confirmed Teen Mom 2‘s Jenelle Evans’ pregnancy with Nathan Griffith are Jenelle and Nathan.

Even as people on social media bluntly asked Jenelle whether she was expecting, the typically outspoken mom refrained from responding. Instead, she’s only tweeted cryptic messages about remembering your body is a treasure and that other people can change…

Before today begins, please everyone don't jump down my throat. People can change, people do change. I have changed. ❤️

According to sources close to the young mom, Jenelle’s reasons for withholding her pregnancy confirmation are twofold: First, she is nervous about the public reaction (as she seemed to indicate above). In light of her last pregnancy debacle, she also wanted to wait until the main threat of miscarriage has passed.

“MTV leaked it against her will,” said Jennifer, who identified herself as Jenelle’s best friend to Radar Online. “Jenelle didn’t even want people to know that MTV was filming her after they found out she was pregnant… She never wanted anyone to find out until she was far enough along to not worry about miscarriages. She told me a month ago.”

Even though Jenelle isn’t ready for the public to know about the new baby, this pregnancy was planned. According to multiple sources, Jenelle and Nathan stopped using any form of birth control last summer in the hopes of getting pregnant.

“Nathan and Jenelle will be able to have a kid they are legally allowed to take care of,” a source told In Touch, noting Nathan doesn’t have custody of his 2-year-old daughter. “Jenelle might have a second chance at being a mom.”

In a cryptic Facebook post of his own, Nathan wrote on Dec. 5 that he “wouldn’t have it any other way especially the surprise you are giving in the future.” 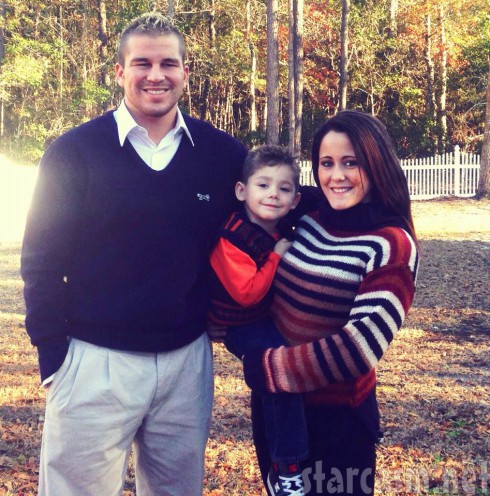 Of course, when the end result of a successful pregnancy is a baby, Jenelle knew she couldn’t keep the secret forever. As our friend over at The Ashley’s Reality Roundup first reported, MTV plans to include footage from Jenelle’s first prenatal doctor appointment in season 5 of Teen Mom 2. (It’s unclear how much of a say Jenelle had in the matter, considering she’s under a strict contract.)

As we all know, Jenelle does not have custody of son Jace at this point. However, she seems to hope this will change — and that this pregnancy will help her case.

“She thinks if she can prove that she’s a good mother, she can get Jace back,” Courtland Rogers, her currently incarcerated husband, said when Jenelle was expecting their baby in January 2013. Although Jenelle’s miscarriage of that child meant she never had the chance to prove she was ready to be a mother, she seems to hope the third time will be the charm.

UPDATE Jenelle just retweeted Us Weekly‘s article on her pregnancy, adding “let the truth be told” and a baby emoji.

UPDATE #2 Jenelle spoke exclusively with MTV about her pregnancy.

“I’ve got my life together now, and I’m a different person from what they’ve seen,” she said. “I just can’t wait for them to see how much I’ve bettered my life. I understand if they judge me now, but they won’t judge me soon.”

Jenelle also spoke about how Nathan’s ex-wife’s parents have custody of his daughter, Emery. She added she and Nathan were able to relate to each other.

“He was like, ‘No one understands the situation I’m in and that I deal with,’ and I said that I could relate to him. We both have to deal with our parents to deal with our children,” Jenelle said. “We just want a child of our own that we can raise together as a family, and we want a stable relationship for Jace and his daughter. We just want to settle down.”

Jenelle also dropped the bombshell that she and Nathan plan to wed next summer — after Jenelle divorces Courtland. (Because of North Carolina law, Jenelle and Courtland needed to separate for one year before filing for divorce. She says they haven’t spoken since he was arrested in April.)

It’s still unclear when the baby is due. Jenelle feels confident there is plenty of time to prepare.

“Now I’m in a stable relationship and I have my own place, my own car, a job,” she said. “I can pay my bills. I’m just happy with my life right now.”