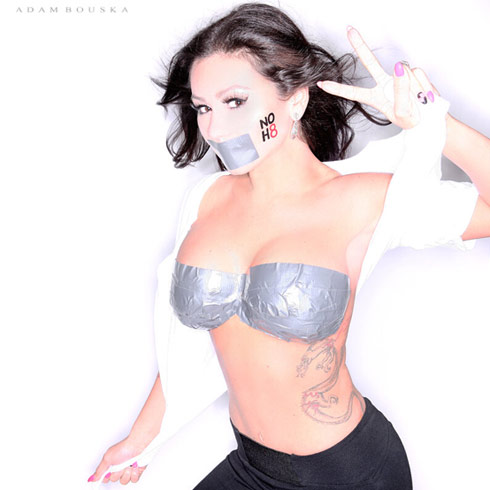 Jennifer Farley, known to the world of reality TV fans as JWoww, seriously busted out in her NOH8 campaign photo shoot.

With the help of some creative duct tape placement, because all good Americans know anything can be done with duct tape, the star of Jersey Shore and Snooki & JWoww made quite a splash as she showed her support for LGBT rights.

Jennifer spoke with MTV about her participation and how she got involved:

I actually hit them up after a Twitter follower of mine goes, “I know you’re big into anti-bullying. Have you ever thought about doing the NOH8 Campaign photo shoot?” I actually approached them on Twitter. I followed them and they followed me back. I messaged them so I wouldn’t embarrass myself being like, “Hey, you guys want to do a photo shoot with me? I love your cause; I think it’s amazing.” They completely agreed. The first opportunity I got to meet with them, I did. It was a great experience. The story blew up because of human kindness. Don’t hate on your fellow man. It’s very inspirational. 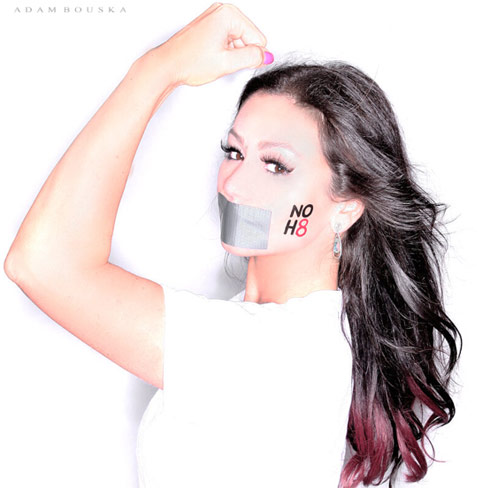 She was later asked if her engagement to Roger Mathews made her stance for marriage equality more of a personal fight. She stated:

Of course. My best friend, Joey, is gay and he was with his boyfriend Eric for seven years. He wanted to get married so bad for like the last four years. Three months before the law was passed, he went to a courthouse for the common law, and I don’t want to say they disrespected him, but they just treated him like another number. It’s my dream for him to have this huge wedding. So now that the law’s passed, I want to go back and be able to do it again for him, kind of like a renewal of the vows, but have a traditional wedding. Because I think everyone, gay, straight, should be able to have that and cherish that and have all the pictures, the family, everything. It’s really important to me. 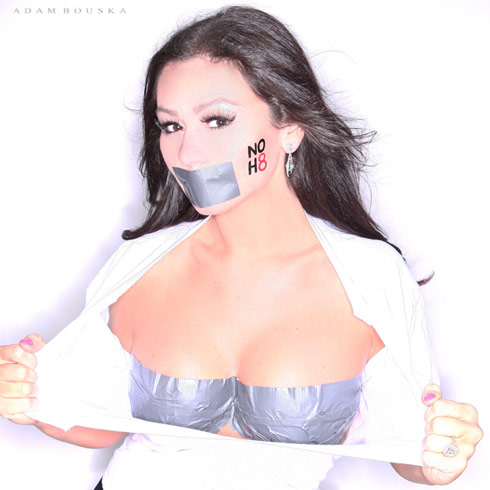 This participation wasn’t on a whim or a publicity stunt as Farley has defended the cause in previous Twitter wars. She fired off at Bristol Palin as well as her previous cast mate Angela Pivarnick when each expressed their positions against gay marriage rights.

Oh yeah, it just so happens to be JWoww’s birthday today! She shared her joy with her over 3 million followers on Twitter.

To find out more about the NOH8 campaign you can visit their official site here.