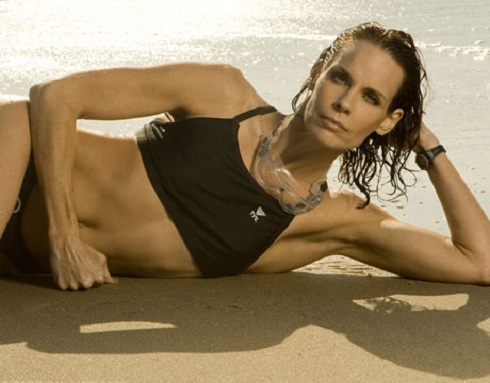 We all love to see our favorite celebrities doing crazy things, right? So, we are happy to announce that a few reality stars are teaming up with some actors and a former NFL star to make their debut on Fox’s new reality special Stars in Danger: The High Dive, this January. It’s like Dancing With The Stars — but instead of dancing, they’ll be diving!

Just as it goes on Dancing With The Stars, the celebrities will get a crash course in diving techniques and later show off their moves for a panel of judges who will critique them and decide on a winner. There will be synchronized dives by teams as well as solo performances. Eventually, the judges will narrow it down to two top competitors who will go head-to-head in a dive-off. 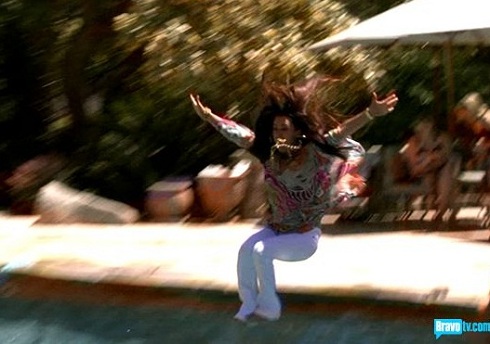 Tune in to FOX’s Stars in Danger: The High Dive when it premieres on Wednesday, January 9.

Here’s a snippet of the original German version of the TV show:

Eight celebrities will complete a crash-course in diving techniques, trained and coached by some of America’s greatest divers, before competing in a series of Olympic-style dives, such as solo high diving and synchronized diving, from a variety of heights ranging from 3, 5, 7.5 and 10 meters. An expert judging panel will award points and eventually narrow down the men, women and teams until the finalists battle it out dive-for-dive to determine the ultimate champ and winner.  Viewers will get a poolside look at the courage and perseverance, as well as the twists, turns and flips that go into turning a celebrity into a diver who is ready to step to the edge to take a flying leap or momentous belly flop into diving history.

“Americans love reality competition shows, especially when celebrities are involved, and STARS IN DANGER: HIGH DIVING takes things to an entirely new level, truly raising the stakes higher than ever. This is the original celebrity high diving format—built on years of production knowledge in Germany—and FOX is the perfect home for it,” said Jonathan Murray, Chairman of Bunim/Murray Productions, who previously executive-produced “The Simple Life” and “The Rebel Billionaire” for FOX.

Francois de Brugada, EVP Banijay Group said, “STARS IN DANGER: HIGH DIVING is the original celebrity diving show. So, with the strength of the Group behind our talented U.S. subsidiary, along with the reach of Fox, this venture has all the hallmarks of success. STARS IN DANGER: HIGH DIVING is a long-running, thrilling and engaging format which continues to prove its popularity throughout the world.”

The original German format, STARS IN DANGER: HIGH DIVING, was created by Banijay Group’s Brainpool, a sister company of Bunim/Murray Productions, and has been airing annually as TV TOTAL Turmspringen on Germany’s ProSieben since 2004. The eighth installment will air in November. Banijay International has also recently sold the format to TV2 Norway and TV3 in Sweden.

Real Housewives of Beverly Hills‘ Kim Richards is back in rehab