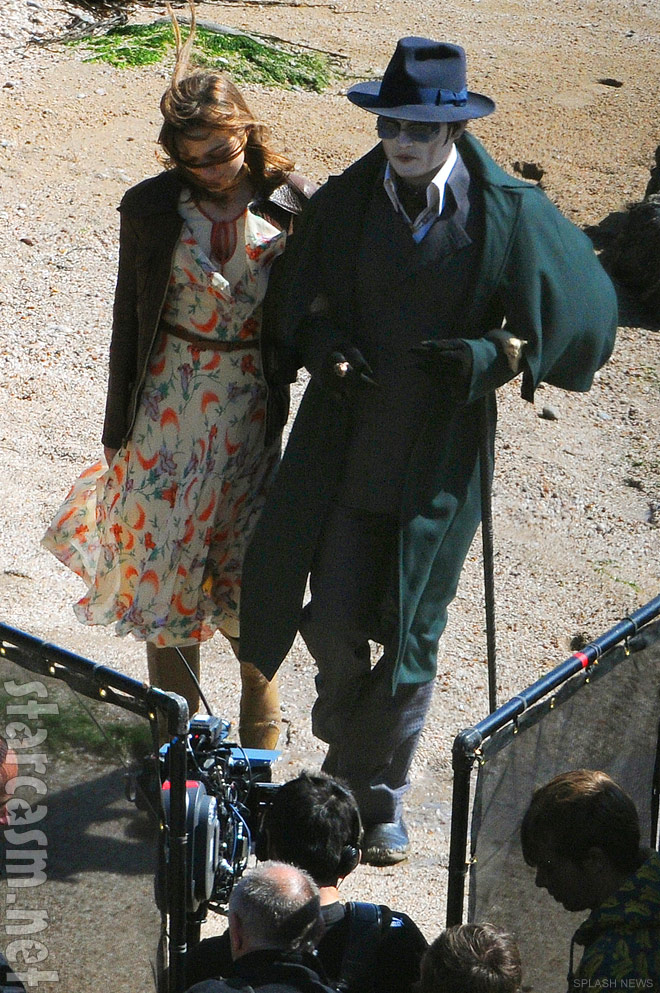 Director Tim Burton and actor Johnny Depp are teaming up once again for a film based on the 1960s gothic soap opera Dark Shadows, which was revolutionary in its use of supernatural creatures on daytime television including zombies, werewolves, witches, and of course vampires.

Johnny Depp was a huge fan of the show growing up and was obsessed with the vampire character Barnabas Collins, a wealthy playboy transformed into a vampire when he breaks the heart of a witch named Angelique Bouchard. As you might of guessed Depp will be playing the role of Barnabas and was photographed in costume for the first time while on the set of the Dark Shadows film in Devon, UK. (I believe that is actress Bella Heathcote with Depp in the photos. She will be playing Victoria Winters in the film.) 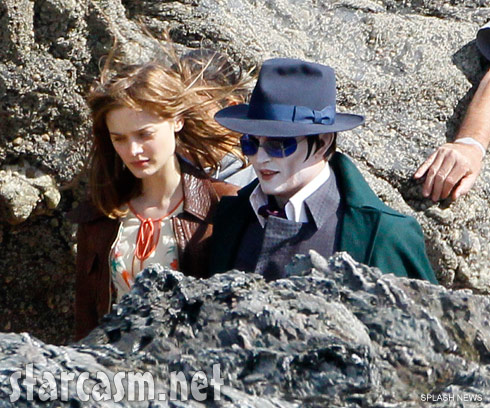 Depp is wearing some Jokeresque white makeup and sporting a Shadow-inspired fedora in addition to using Barnabas’ signature wolf’s-head cane. Here are side-by-side photos of Johnny Depp as Barnabas Collins and the original actor who played the character in the 1960s, Jonathan Frid: 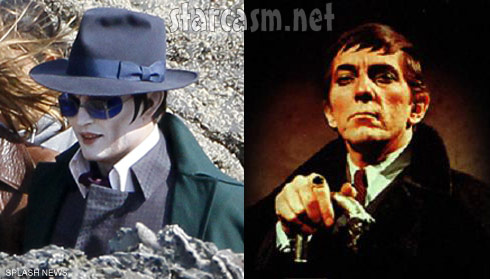 I’m as big a fan of Depp and Burton as anyone but I have to confess I’m getting a little weary of supernatural Burton-directed films starring Johnny Depp as an eccentric character in make up. I suppose I will remain optimistic that the camp factor will be able to help rescue this film from my lowered expectations. Dark Shadows is schedule to be released in theaters on May 11, 2012.

PHOTOS What would an ‘Alice In Wonderland’ Premiere look like in Japan?

Johnny Depp and Vanessa Paradis part ways after 14 years! Why did they say goodbye?