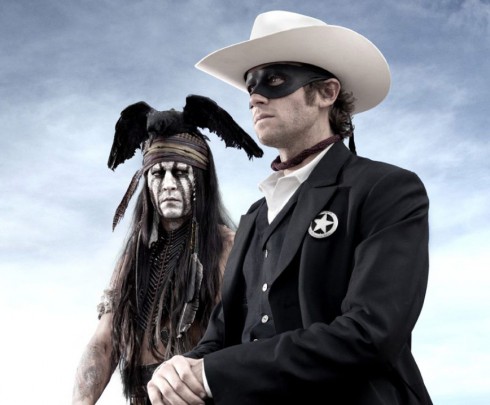 Producer Jerry Bruckheimer beat everyone to the punch and leaked the first photo from the set of the big-budget remake of The Lone Ranger featuring Armie Hammer as the title character and Johnny Depp as his trusted sidekick Tonto.

Shooting for the anticipated film is underway in New Mexico. Depp discussed his approach to the role with EW:

I remember watching it as a kid, with Jay Silverheels and Clayton Moore, and going: ‘Why is the f—ing Lone Ranger telling Tonto what to do?’” Depp tells EW, recalling the 1949-1957 TV show, which was seen decades longer in reruns. “I liked Tonto, even at that tender age, and knew Tonto was getting the unpleasant end of the stick here. That’s stuck with me. And when the idea came up [for the movie], I started thinking about Tonto and what could be done in my own small way try to — ‘eliminate’ isn’t possible — but reinvent the relationship, to attempt to take some of the ugliness thrown on the Native Americans, not only in The Lone Ranger, but the way Indians were treated throughout history of cinema, and turn it on its head.”

The film is being directed by a man familiar with Depp’s talents, Gore Verbinski, who made Rango and the first three Pirates of the Caribbean movies. Here’s a close-up of Depp’s look, which is based on a real Chipewa Indian legend named Crow-head. It’s a very similar look to his Pirates of the Caribbean look, but it’s an exact replica of an imagining of Crow-head’s makeup and style (including, you guessed it, a crow on his head,) click here to see the side-by-side: 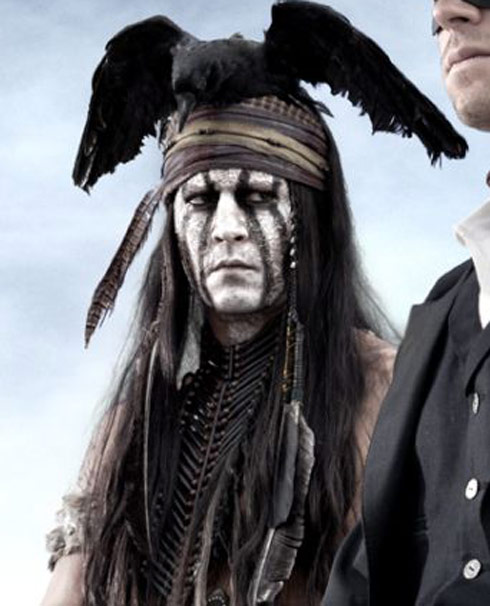 Johnny Depp as Tonto in The Lone Ranger

What say you of Depp’s wild new look for Tonto and for that matter Hammer’s tailored appearance?

Do any of the children from Sister Wives want to pursue plural marriage?