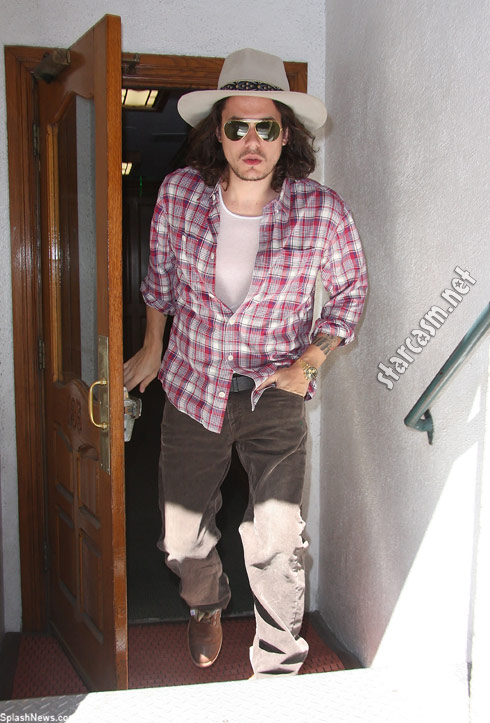 Self-confessed Twitterholic and serial hottie dater John Mayer was caught by the paps heading out of a medical building in Beverly Hills and dude was looking like he just got a “make me look like Johnny Depp” surgery.

Mayer is a quirky cat so the odd fashion look wasn’t surprising but the resemblance to Depp was pretty amazing. The one thing that I’m really hoping is that the hat and shades weren’t an attempt to go incognito. I mean if you’re a very famous musician like Mayer the only way you can make yourself more of a target for the cameras is to head out looking a lot like a movie star who is more famous than you. Translated. hiding from the paparazzi, you’re doing it wrong!

Mayer recently talked to Rolling Stone, because our man is known for talking about himself all the time unlike Depp, and laid out how bad his Twitter problem had gotten and how it was actually interfering with his career. He said:

After a self-imposed Twithab he’s now tweet-free and back to writing songs and walking around looking like Johnny Depp. Here’s John and Johnny for a little comparison. 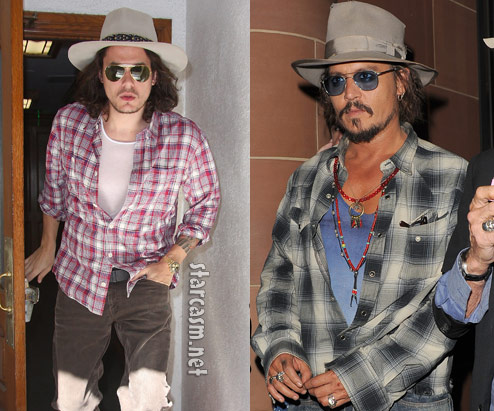 So I have to ask. Who would you rather spin the bottle with, John or Johnny?