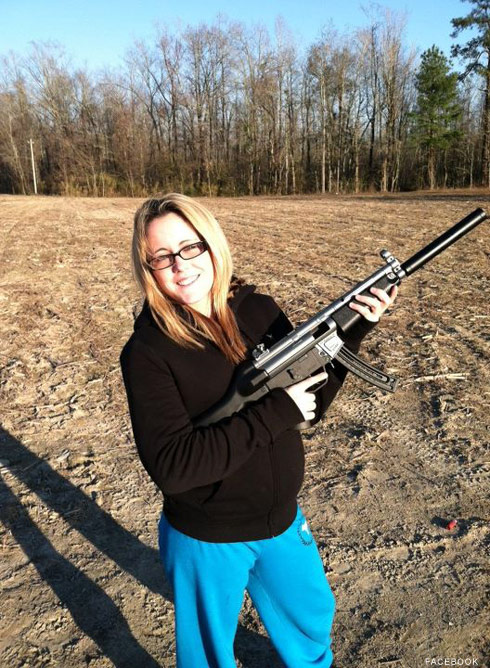 As crazy as Jenelle Evans’ life appears onscreen in Teen Mom 2, I’m beginning to get the impression we’re only seeing about 3% of all the real crazy drama that goes on in her life! The latest episode is moving so fast it’s nearly impossible for a mere blogger to keep up, so I will just provide a bullet point synopsis for you.

Frist, I will tackle the latest with two of Jenelle’s exes: Kieffer Delp and James Duffy:

• Duffy says that at some point Kieffer Delp showed up “strung out on Heroine [sic]” and that he “couldn’t eat, sh!t his pants and threw up all the time”

• In addition to being strung out, Duffy says Kieffer was a terrible house guest because he:

• Spilled soda on an expensive rug in his bedroom
• Ruined a desk
• He decided to make himself 2 cheeseburgers, a steak and mac and cheese and left the mess there for a week, damaging the glass stovetop
• Ruined the finish on Duffy’s oak floors with yet another spilled soda
• Left handprints all over the walls in the house
(You can see lots of photos of the damage on Duffy’s Twitter account)

• Duffy texted Kieffer to let him know he was kicked out, then left “a bag of food, sleeping bag, a bike, his pipes and all the clothes I gave him” on the driveway. (Kieffer apparently dropped a jar of jelly when he picked up the care package.) 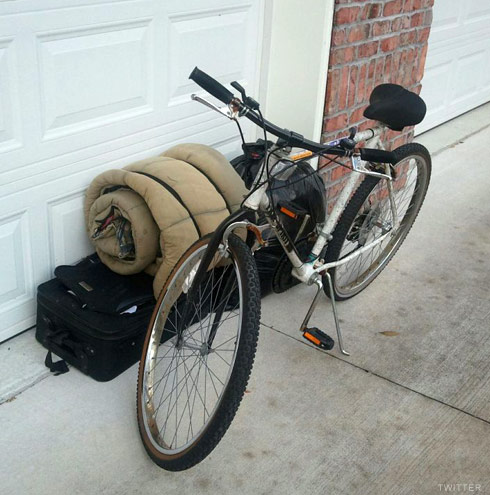 OK, now on to the Jenelle stuff. As you may or may not know, Jenelle and her fiance Gary Head recently broke up and then got back together (we think only once). Duffy used the opportunity to plant a seed of doubt in Gary’s mind by tweeting photos of Jenelle’s car and Jenelle herself at his house, allegedly from this past Saturday. “Why don’t you just tell Gary the truth? You got stoned an boned at my house for a few days?” Duffy tweeted.

• Gary asks Duffy, “how is that possible when I was with her June 2nd”

• Duffy then tweets, “I saved the panties for you, I’m sorry man. That’s not love, she a cheater.”

• Jenelle tweeted to Duffy, “yeah my panties got nice [sic] up in kieffers laundry when he moved out and then YOU STOLE THEM from [him]”

• Gary and Jenelle then went to Duffy’s to retrieve her panties, apparently with a gun.

• Jenelle tweeted, “lmao when me and Gary got there u left yr steak at yr kitchen table and hid in yr house LMFAO!!” and then, “I showed up at yr house to redeem back my panties u stole from kieffer.”

• Duffy responded to Jenelle’s laundry explanation with one of the most amazing tweets in celebridom history: 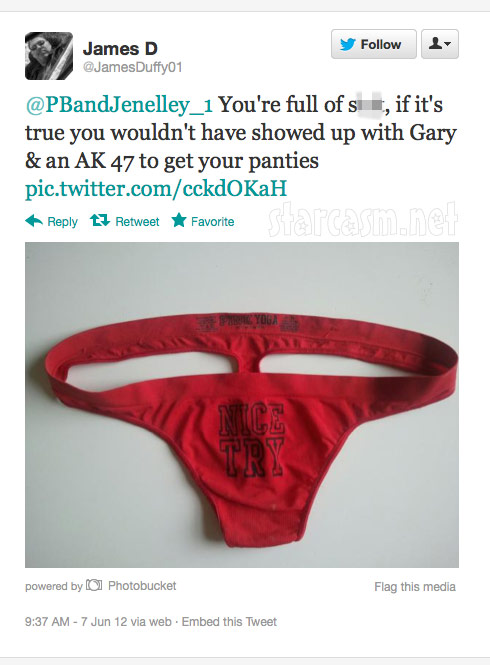 That should just about get you all caught up as of a few seconds ago. Oh no, wait. It appears that Jenelle and Gary are sort of broken up again now.

If @PBandJenelley_1 wants to calm down and talk then I’m here for her. Untill then # doing me

And Jenelle tweeted this photo along with, “So upset can’t stop crying” 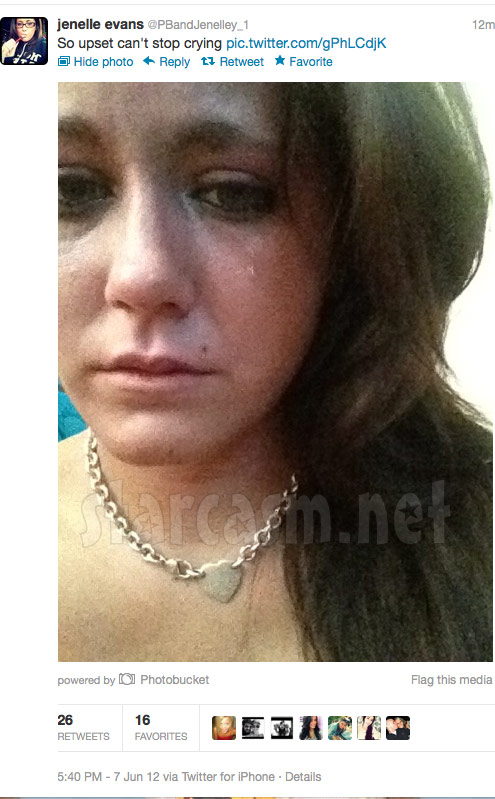 UPDATE – Jenelle had this to say about all that has happened:

“Just so you all now,i dint cheat on Gary,James Duffy & Kieffer are blackmailing me because i wont date or have sex with Kieffer. Those panties that was shown there old! there from when i was dating Kieffer the first time i ever dated him! He wouldn’t give them back. He was taking pics of them and sealing the pictures he took of them. Thats why Gary showed up at his house with his Gun fighting with him to get them back” (via All The Teen Moms)